You are here: Home / Podcast / Manatees And Pollution | Earth Wise 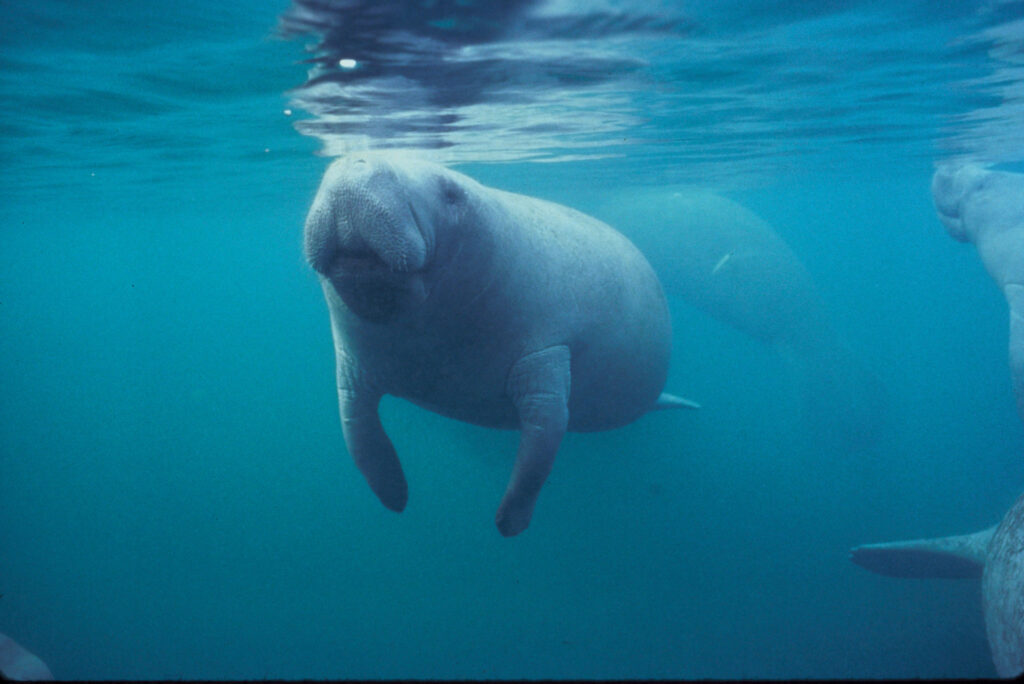 Manatees are large, gentle, and curious marine mammals measuring up to 13 feet long and weighing up to 3,300 lbs.  There are three living species of manatees:  The Amazonian Manatee, the West African Manatee, and the West Indian Manatee, which is commonly found in Florida and the Gulf Coast.  Manatees inhabit the shallow, marshy coastal areas and rivers of the Caribbean Sea, the Gulf of Mexico, the Atlantic coast, the Amazon basin, and West Africa.

The West Indian Manatee, which includes the Florida Manatee, is protected under the Endangered Species Act.  Today, the range-wide population is estimated to be at least 13,000 manatees, with more than 6,500 in the southeastern United States and Puerto Rico.

As a result , manatees have starved to death by the hundreds along Florida’s east coast.  The state has recorded 974 manatee deaths in 2021, shattering previous annual all-time highs with still approximately two months to go.  Manatees, which need to eat between 100-200 pounds of seagrass daily, are now eating the seagrass roots, which permanently kills the aquatic plants.

Efforts are being made to replant seagrass and to restore clam and oyster beds so that the mollusks can help clean the water.  But manatees face a myriad of additional threats, including collisions with boats and ships, temperature changes, disease, and crocodile predation.