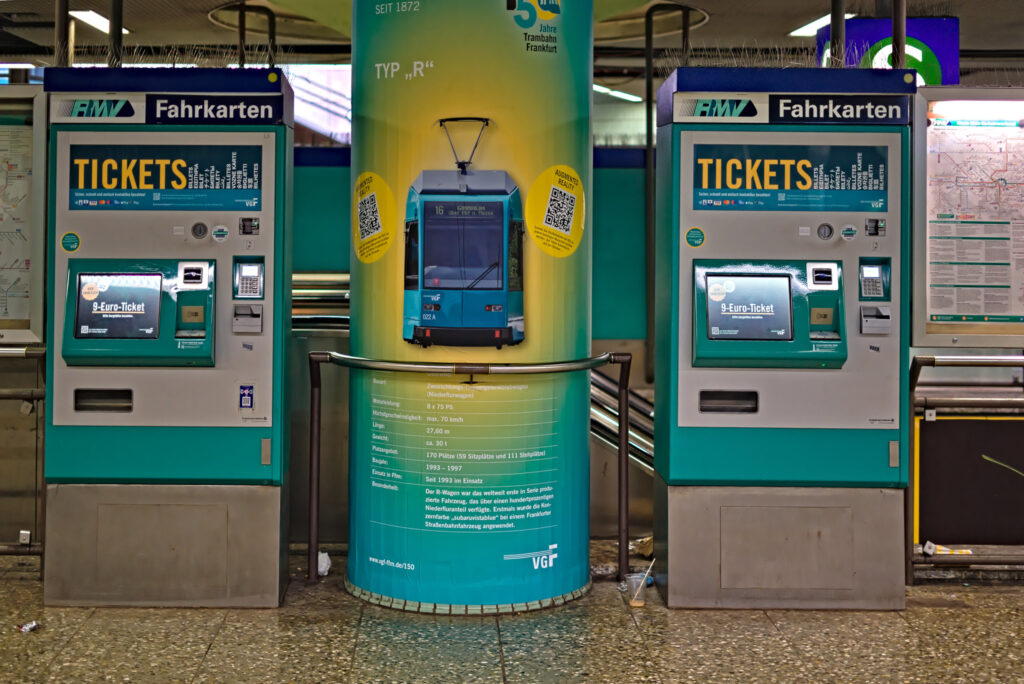 Germany’s parliament set summer public transport fares at 9 euros a month as a way to slash pollution and reduce imports of Russian oil.   The low price included all buses, trams, subways, and regional trains, effectively lowering prices by more than 90% in some cities.  Berliners saved 98 euros on their monthly travel pass; commuters in Hamburg saved even more.

The program began June 1 and ended August 31.  The bargain rates drove widespread use of public transport and discouraged the use of cars, which already was undesirable due to high gasoline prices.   Over the three-month period, transit authorities sold over 50 million subsidized tickets.  One out of five travelers were using public transport for the first time, according to surveys.

According to an estimate from the Association of German Transport Companies, the program helped to avoid 1.8 million tons of carbon dioxide emissions.  This is roughly equivalent to taking 1.5 million cars off the road for the summer or planting 30 million trees.

The discount transit program had a clearly positive effect on the climate and, obviously, was a source of financial relief for German citizens.  Last year, Germany was the largest buyer of Russian oil in Europe and it wanted to make drastic reductions in its purchases.  The success of the program prompted many to ask for it to be continued.  However, the program cost the government about 2.5 billion euros in reimbursements to transit companies.  The German government has said it would not be extended.