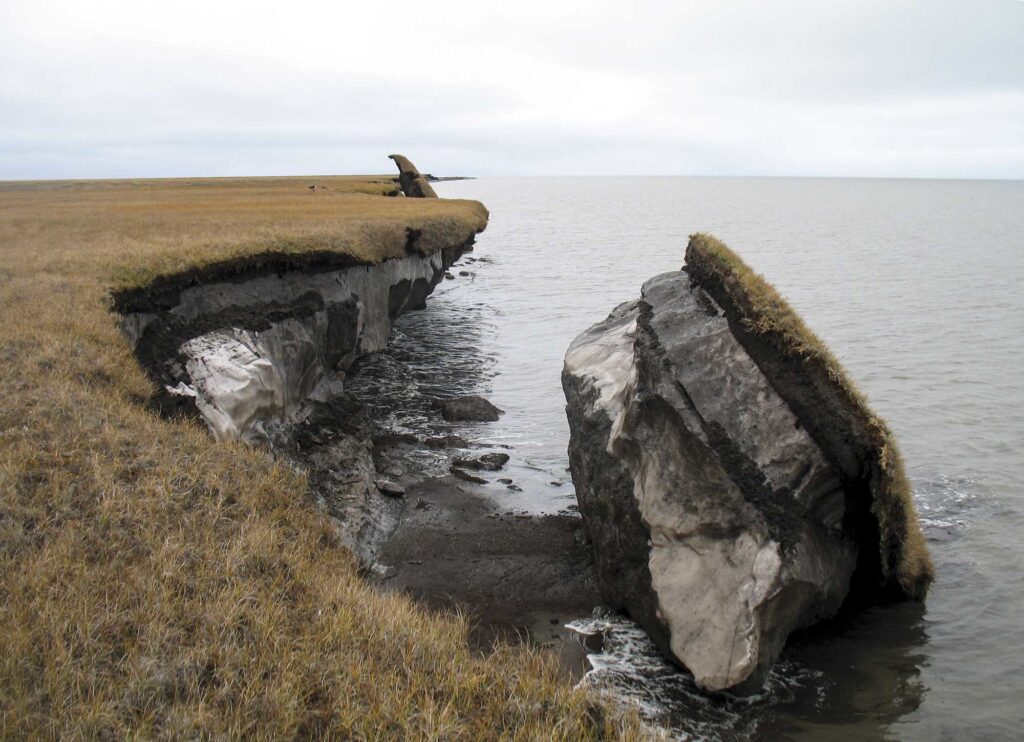 The thawing of the permafrost in the Arctic is a major concern from the standpoint of the potential release of enormous amounts of carbon dioxide trapped in it.  There are nearly 2,000 billion tons of carbon there, which is as much as humanity releases into the atmosphere in 50 years.  But greenhouse gases are not the only danger posed by permafrost thawing.  There are also microbes, unknown viruses, and chemicals that could be very dangerous.

More than 100 diverse microorganisms in Siberia’s deep permafrost have been found to be antibiotic resistant.  The deep permafrost is one of the few environments on Earth that have not been exposed to modern antibiotics.  As the permafrost thaws, its bacteria could mix with meltwater and create new antibiotic-resistant strains.

By-products of fossil fuels – introduced into permafrost environments since the beginning of the industrial revolution – are present.  Metal deposits including arsenic, mercury, and nickel, have been mined for decades and have contaminated large areas.

Now-banned pollutants and chemicals – including DDT – came to the Arctic through the atmosphere and over time have become trapped in the permafrost.

There is now ongoing research further characterizing the microbes frozen in permafrost and providing more precise measurement of emissions hotspots in permafrost regions.  Scientists are increasingly turning to integrated Earth observations from the ground, the air, and space.

There are models that predict the gradual release of emissions from permafrost over the next century.  Other models say it could happen within just a few years.  The worst-case scenario would be utterly catastrophic but none of the scenarios portend anything good.