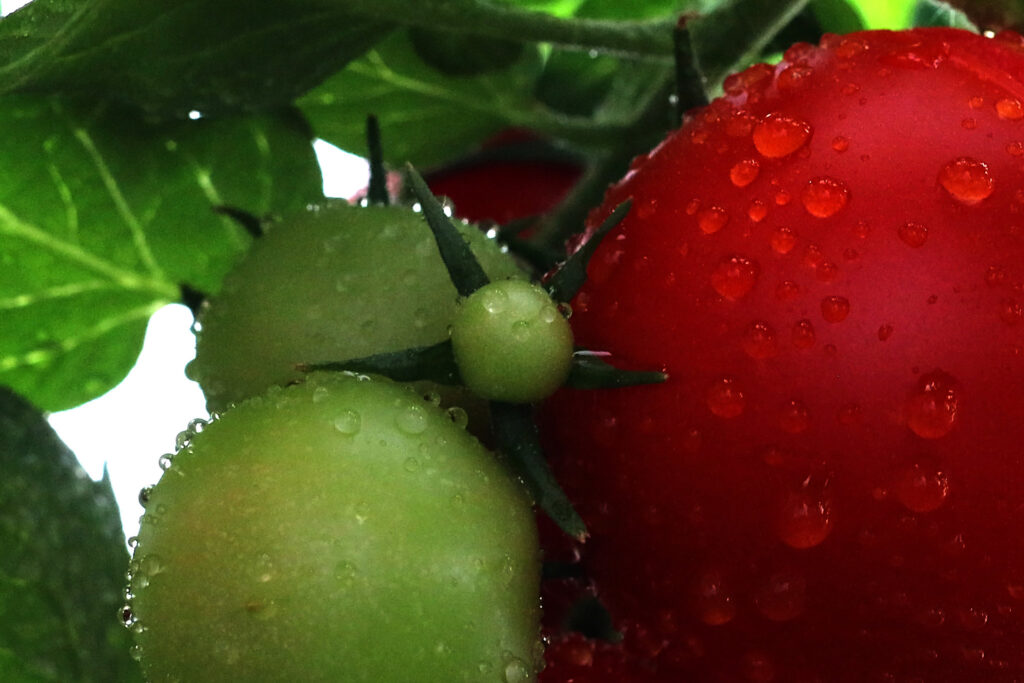 Photosynthesis is the process by which plants use the energy from sunlight to turn water and carbon dioxide into biomass and ultimately the foods we and other organisms eat.  Scientists at the University of California Riverside and the University of Delaware have found a way to create food from water and carbon dioxide without using biological photosynthesis and without needing sunlight.

The research, recently published in the journal Nature Food, uses a two-step electrocatalytic process to convert carbon dioxide, electricity, and water into acetate, which is the primary component of vinegar.   Food-producing microorganisms then consume the acetate in order to grow.   Solar panels are used to generate the electricity to power the electrocatalysis.  The result is a hybrid organic-inorganic system that is far more efficient in converting sunlight into food than biological photosynthesis.

The research showed that a wide range of food-producing organisms can be grown in the dark directly on the acetate output of the electrolyzer.  These include green algae, yeast, and the fungal mycelium that produce mushrooms.   Producing algae with this technology is about 4 times more energy efficient than growing it with photosynthesis.  Yeast production is about 18 times more energy efficient than the typical method of cultivating it using sugar extracted from corn.

Artificial photosynthesis has the potential to liberate agriculture from its complete dependence on the sun, opening the door to a wide range of possibilities for growing food under the increasingly difficult conditions imposed by the changing climate.