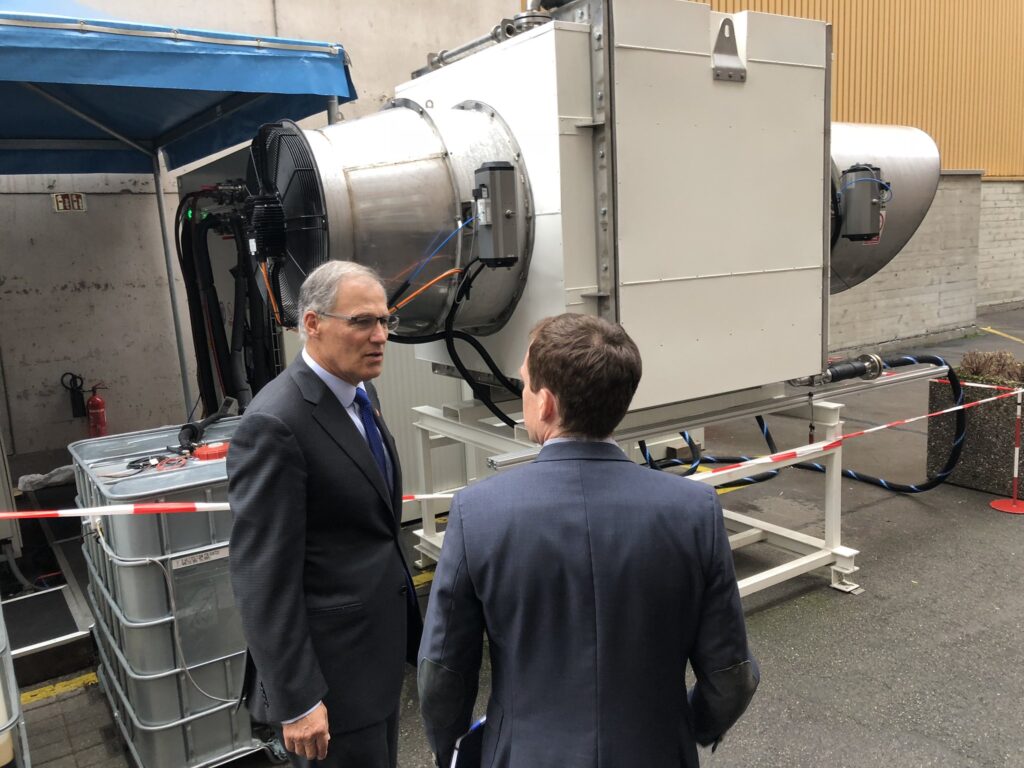 There is a lot of interest in carbon capture and sequestration (or CCS) in the context of trapping the carbon dioxide emissions from power plants and industrial facilities.  The fossil fuel industry is especially enthusiastic about the potential for continuing to burn fuels without harming the environment.  Apart from the technical challenges, there is the looming problem of CCS adding significant costs to power generation that is already losing the economic battle to renewable sources.

Direct air capture is a different matter.   This is the idea of actively taking CO2 out of the atmosphere.  This already happens by natural means such as sequestering it in soil or forests.  But there is considerable work going on aimed at developing technology to capture atmospheric carbon dioxide in massive quantities.

This September marks the opening of a new project called “Orca” in Iceland, which will, for the time being, be the largest direct air capture system in the world.  Once it is running around the clock, Orca will remove up to 4,000 metric tons of CO2 from the atmosphere each year.

Even larger DAC plants – one in the southwestern U.S and another in Scotland – are planned to come online in the next few years.

Ultimately, the question is whether direct air capture is feasible at large enough scale and affordable cost.  The numbers are daunting.  Society releases over 30 billion metric tons of carbon dioxide into the atmosphere each year.  Removing significant amounts of that with DAC technology is an enormous challenge.  Eliminating emissions remains the most practical way to mitigate the effects of climate change.

The Dream of Carbon Air Capture Edges Toward Reality