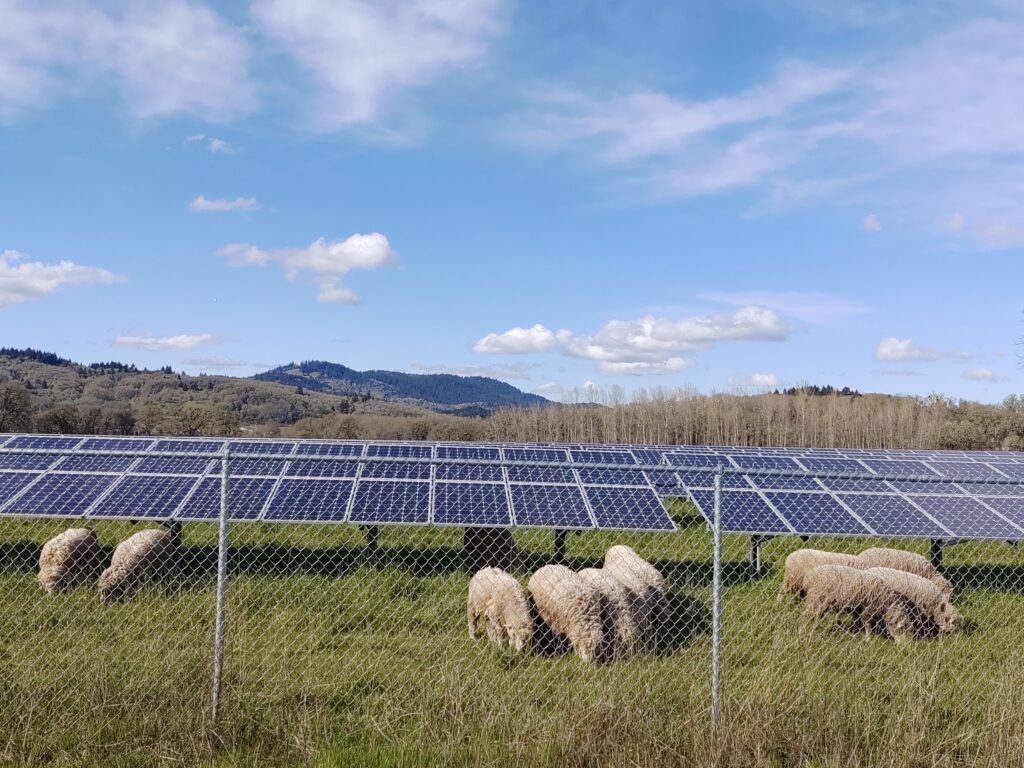 According to a study last year at Oregon State University, co-developing land for both solar photovoltaic power and agriculture could provide 20% of total electricity generation in the United States with an investment of less than 1% of the annual U.S. budget.  Widespread installation of agrivoltaic systems could reduce carbon emissions by 330,000 tons annually and create more than 100,000 jobs in rural communities.

Agrivoltaics could provide the synergistic combination of more food, more energy, lower water demand, lower carbon emissions, and improved local prosperity.  The problem with agrivoltaics to date is that the existing implementations have used solar arrays designed strictly for electricity generation rather than to be used in combination with agriculture.  They are not that well suited to co-exist with growing crops or grazing animals.

A new project is underway at Oregon State that will help researchers to optimize agrivoltaic systems.  The five-acre Solar Harvest Project is being built at the university’s North Willamette Research and Extension Center in Aurora, Oregon in partnership with the Oregon Clean Power Cooperative.

The solar array for the project is designed specifically for agrivoltaics research and uses panels that are more spread out and able to rotate to a near vertical position to allow farm equipment to pass through.  The project will allow researchers to study the impact of solar panels on soil health, water use, and plant physiology and yields.

Electricity generated from the 326-kW solar system will be available for purchase by Oregon State and community members.