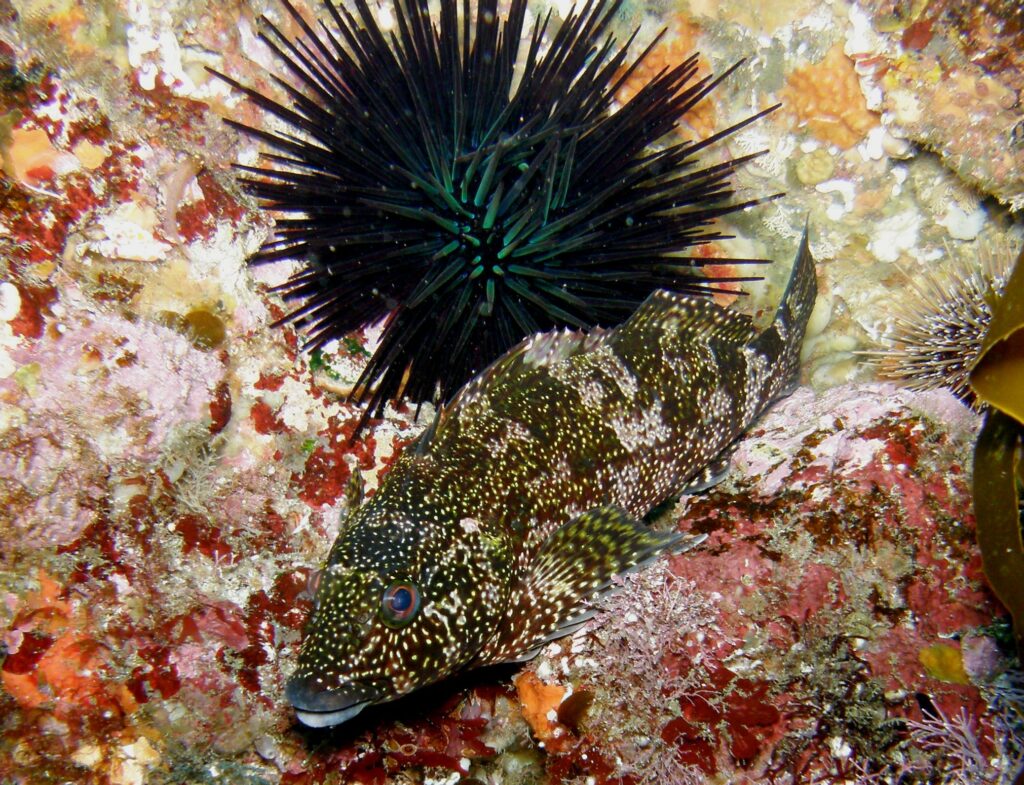 There is a thriving population of black sea urchins in bubbling volcanic vents off the coast of Ishia, a small island in the Gulf of Naples.  The oceanic environment there is very acidic, high in carbon dioxide, and very warm.   The environment represents a proxy for what is gradually happening to oceans around the world.

Researchers from the University of Sydney have determined that the ability of sea urchins to prosper in such an environment means that these animals, which are already abundant in the Mediterranean Sea are likely to spread further afield as oceans continue to warm and become more acidic.  The Mediterranean Sea is warming 20% faster than the global average.

Sea urchins are already an environmental problem in many places around the world.  When their numbers increase disproportionately, they decimate kelp forests and algae, leading to the demise of other species that depend on these things for food or shelter.  The result is something called an urchin barren, which is a rocky, sandy, urchin-filled seafloor devoid of other life.

Urchin barrens are increasingly common in many places, including the east coast of Australia and the coastline in the Americas stretching from Nova Scotia to Chile.

In Australia, for example, sea urchin populations have multiplied, and their range has expanded considerably, overgrazing kelp and damaging abalone and lobster farms.

Tests run by the Sydney researchers found that it is difficult to stress sea urchins.  They appear to tolerate conditions that other creatures simply cannot.   The only real positive is that understanding the urchins’ remarkable survival abilities might offer insights into adaptations that other animals might need in order to survive as the oceans become warmer and more acidic.