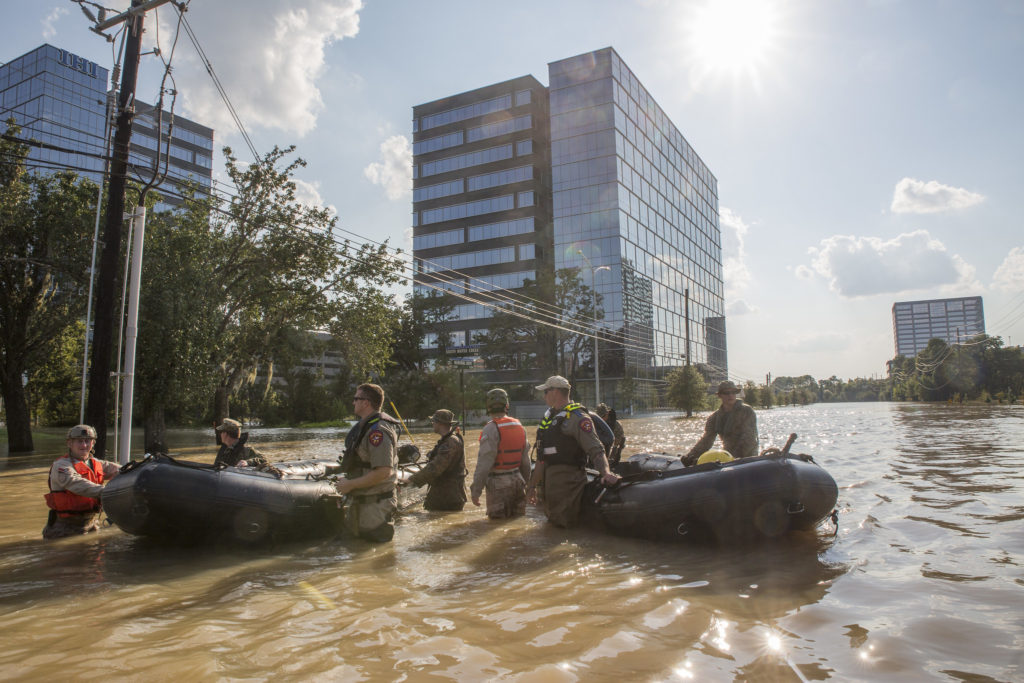 By definition, 100-year floods are intense flooding events that historically tend to happen once every 100 years.  Put another way, a 100-year flood has a 1 percent chance of happening in any given year.

According to new research published in the journal Nature Communications, rising global temperatures may turn 100-year floods into annual occurrences in parts of the United States.  The increase in severe coastal flooding events by the end of this century will be a result of rising sea levels and stronger, more frequent tropical storms and hurricanes.

The study, led by researchers at Princeton University and MIT, examined flood risk for 171 counties along the US East Coast and the Gulf of Mexico.  Their analysis concluded that 100-year floods will become annual events in New England.  In the US Southeast and Gulf of Mexico, counties could experience such floods as often as every year up to as seldom as every 30 years.

Previously, most analysis of coastal flooding has looked only at the impact of sea level rise on flood risk.  This new research combined the risk of rising seas with projected changes in coastal storms over the course of this century.  Data from the Gulf of Mexico revealed that the effect of stronger storms is comparable with or even more significant than the effect of sea level change for 40% of the counties studied.  So, neglecting the effects of storm climatology change is likely to significantly underestimate the impact of climate change in many places.

The hope is that more comprehensive flood risk data can be used to create more effective climate resiliency strategies all the way down to the county level.

Photo, posted August 31, 2017, courtesy of the U.S. Department of Agriculture via Flickr.