You are here: Home / Podcast / The Cockroaches Of The Ocean 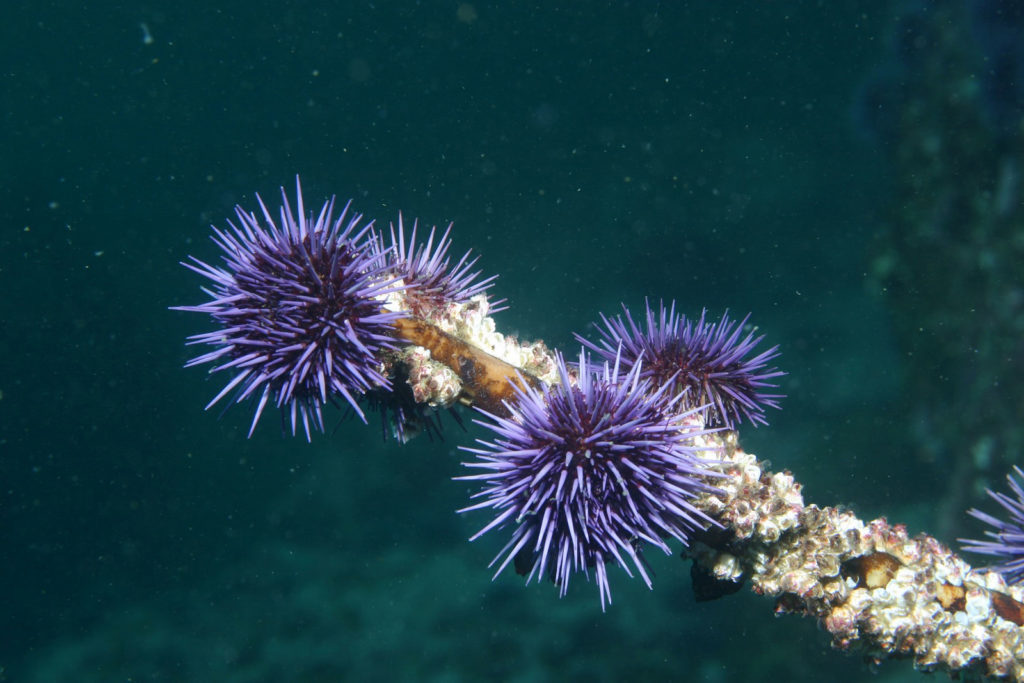 Five years ago, the warming climate helped to trigger a 60-fold explosion of purple urchins off the Northern California coast.  These urchins, a shellfish the size of a plum with quarter-inch spikes, went on a feeding frenzy, devouring kelp at a breakneck pace.

In many places, it was like the transformation of a deciduous forest into a desert in the course of five years. 93% of the Northern California kelp forest is now gone.

Kelp forests exist along the cooler coastlines of every continent but Antarctica and they are under threat from rising ocean temperatures and from the things those warmer waters bring.

The disappearance of kelp has endangered livelihoods.  Among the first people negatively impacted were commercial urchin harvesters.  People eat red urchins – especially in sushi restaurants where they are known as uni.   With the decimation of the kelp by the purple urchins, the red urchins in California starved.

The exploding population of purple urchins was driven by the reduction in numbers of their predators.   Starfish eat the urchins but their numbers have plummeted due to a virus exacerbated by warming waters. Sea otters, which also eat urchins, were hunted to near extinction in the 19th century and have never really rebounded.

Various groups are working to help bring back the kelp by culling purple urchin populations and creating urchin-free oases.  Getting rid of the urchins is very difficult as they are quite tenacious.   Some refer to them as the cockroaches of the ocean.

‘The Cockroaches of the Ocean’ from Earth Wise is a production of WAMC Northeast Public Radio.