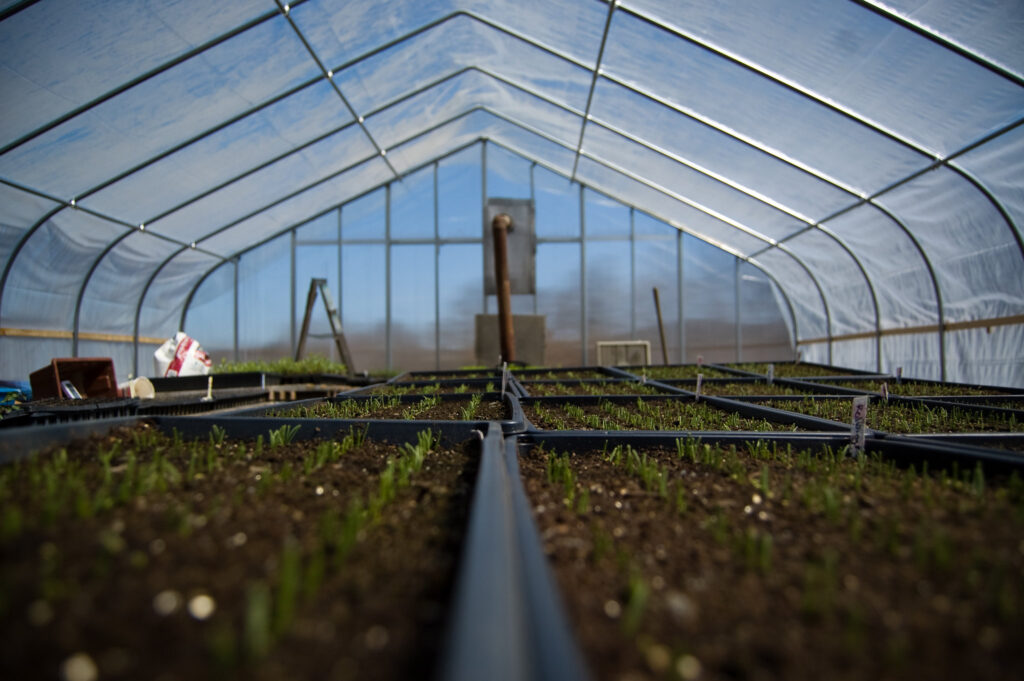 A recent study at North Carolina State University has shown that it can be feasible to use see-through solar panels in greenhouses to generate electricity.  The idea is to use semi-transparent solar panels on greenhouses that allow some of the light to get in for the plants to grow while making the greenhouses energy neutral or even allowing them to generate more power than they use.

The question is how the semi-transparent solar panels might affect greenhouse crops.  To investigate this issue, researchers grew crops of red leaf lettuce from seed to full maturity under a standard set of growing conditions – temperature, water, fertilizer, and CO2 concentration – but varied the light they get.

The researchers paid close attention to characteristics of the lettuce that are important to growers, grocers, and consumers:  general appearance, leaf number, leaf size, and weight.  The results were that the lettuce produced using all three kinds of filtered light was essentially identical to that produced in the control group.    Further research is underway looking at how harvesting various wavelengths of light affects biological processes for lettuces, tomatoes, and other crops.

Getting growers to use solar-powered greenhouses would be very difficult if doing so would result in a loss of productivity.  But given these experimental results, it appears as though the decision will boil down to a simple economic argument about whether the investment in new greenhouse technology would be offset by energy production and its resultant savings.