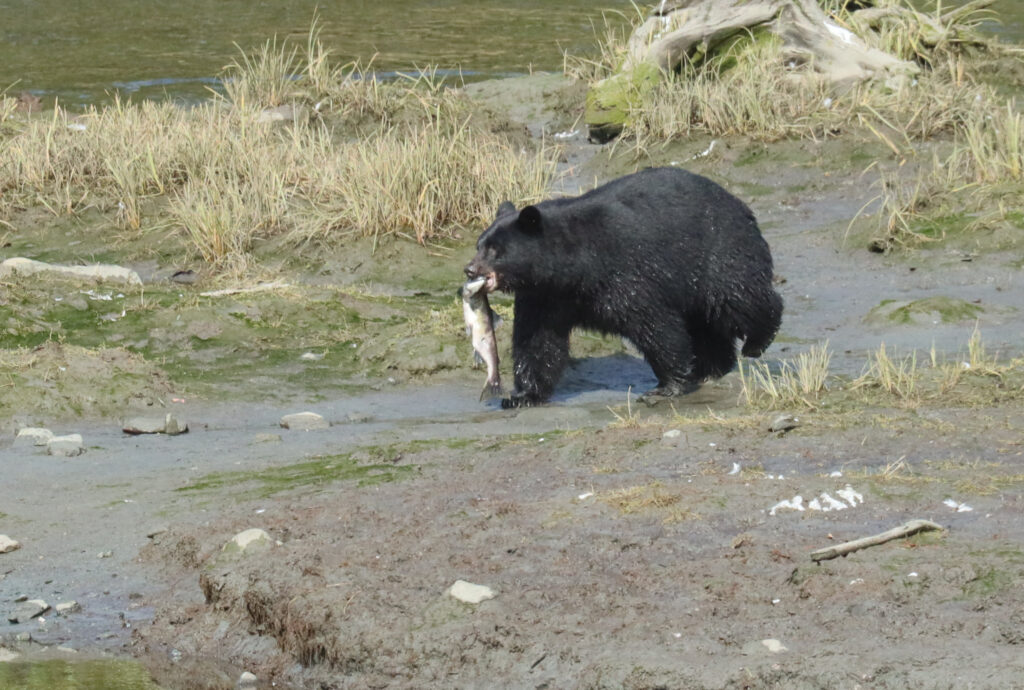 According to a new study published in the journal Nature Communications, salmon returning to Alaskan rivers have become significantly smaller over the past 60 years.  As a result of climate change and competition from hatchery fish, wild salmon are spending less time at sea and are returning to spawning grounds at younger ages.

The study, by scientists at the University of Alaska at Fairbanks and the University of California Santa Cruz, examined measurements of over 12 million fish collected by the Alaska Department of Fish and Game from 1957 through 2018.  Over that time period, four out of Alaska’s five wild salmon species – Chinook, chum, coho, and sockeye – have shrunk in size.  Chinook salmon is the official state fish of Alaska and they used to stay out at sea for seven years before returning to spawn.  Many are now returning to rivers at just four years old and are on average 8% smaller than they were 30 years ago.

The shrinking size of Alaskan salmon has consequences for people, the economy, and ecosystems in Alaska.   Wild salmon is a staple food for many residents of the state, particularly among indigenous groups.  More generally, Alaska produces nearly all of the wild salmon in the U.S.   Commercial fishing of over 200 million wild salmon in 2019 resulted in $657 million in income.  The fish are also an important food source for bears and other wildlife and the spawning migration of salmon plays an important role in nutrient transportation in Alaskan river ecosystems.

Multiple factors are driving the changes in the salmon population, but the largest effects are the changing climate and the abundance of salmon in the ocean due in part to hatchery production that results in competition for the salmon’s food.