You are here: Home / Podcast / Record Heat In The Arctic | Earth Wise 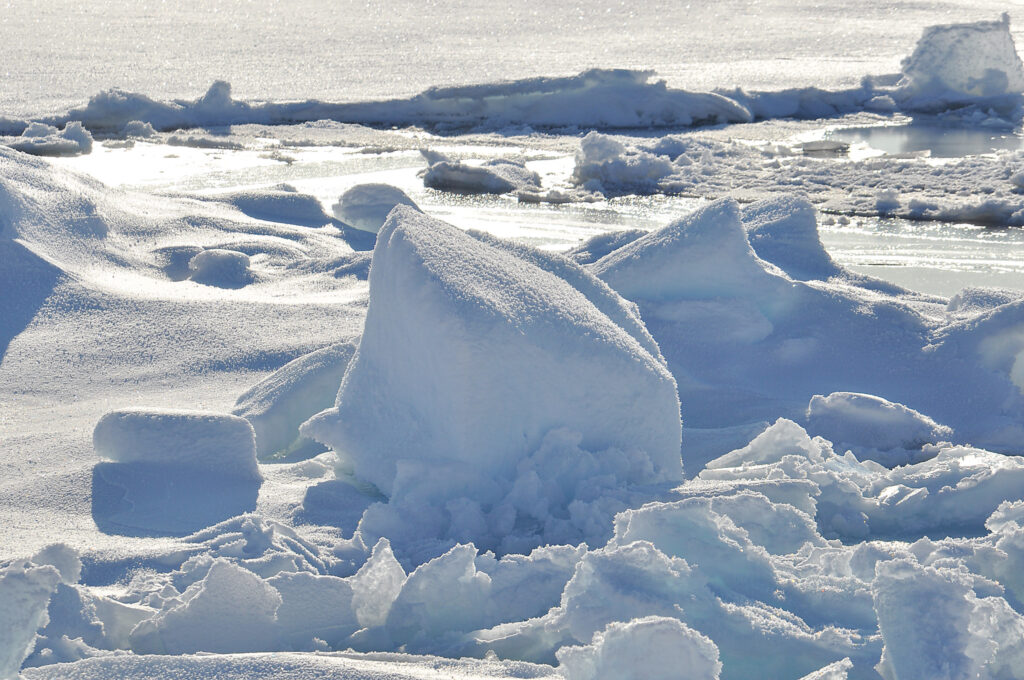 By mid-November, the Arctic stays dark around the clock and twilight does not return until the end of January.  But even as winter darkness descended upon the Arctic this year, record-breaking high temperatures in the region continued.  In late November, temperatures across the entire Arctic basin were 12 degrees Fahrenheit above normal and some locations saw temperatures as high as 30 degrees above normal.

The entire summer and fall in the Arctic were characterized by exceptionally warm temperatures.  In June, the Siberian town of Verkhoyansk – located north of the Arctic Circle – registered a high temperature of 100.4 degrees.  The refreezing of the Arctic Ocean was greatly delayed this year.  The Northeast Passage along the Siberian Coast remained navigable for a record 112 days before freezing in November, breaking the previous record by more than a month.  The extent of sea ice covering the Arctic Ocean in October was the lowest ever recorded for that month.

The strongest warming occurring in the Arctic is during the fall.  That is because rapidly disappearing sea ice is enabling the dark waters of the Arctic Ocean to absorb heat in the summer and then radiate it back into the atmosphere until late in the fall.  The Arctic region is heating up three times faster than the rest of the planet, which has led to the volume of sea ice decreasing by 2/3 in the past 40 years.

According to researchers, the extreme heat in Siberia this year would have been virtually impossible without human-caused climate change and became 600 times more likely because of human emissions of greenhouse gases.