You are here: Home / Podcast / Polar Bears Are Struggling To Find Food 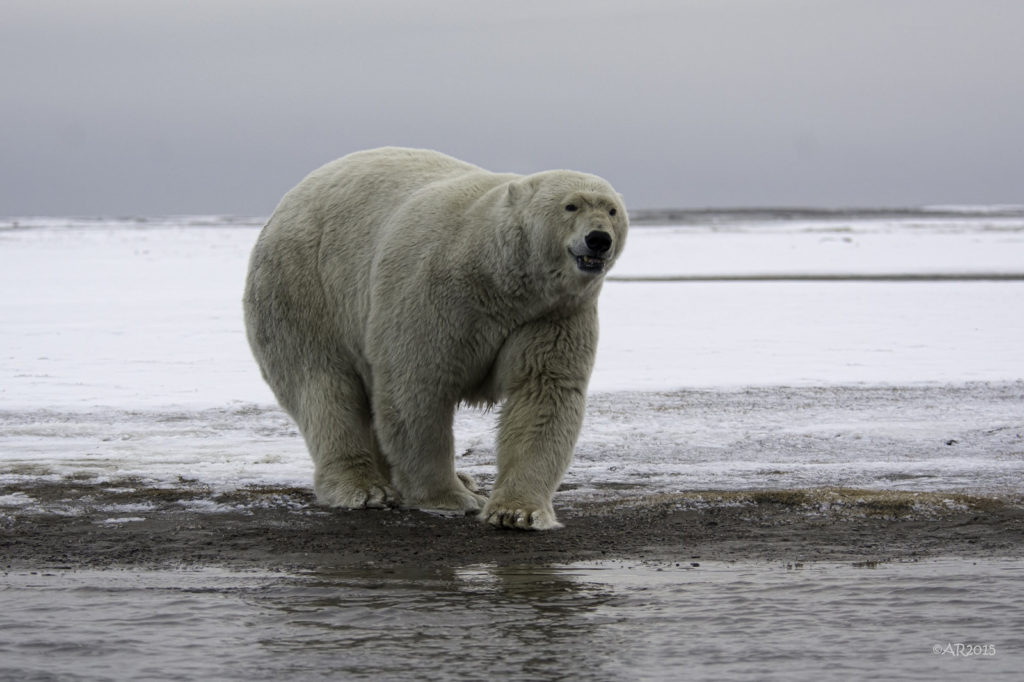 According to a study recently published in the journal Science, as that sea ice disappears, polar bears are struggling to find enough food.  The research team attached high-tech tracking devices to nine female polar bears in order to monitor the animals’ efforts to find food.  The tracking devices recorded video, location, and activity levels over 8 to 12 day periods, and metabolic tracers tracked the polar bears’ energy use.  Researchers tracked the bears in April of 2014, 2015, and 2016, since the spring is a critical time for polar bears to gain the weight they need to carry them through the summer.  The results of the study revealed that most of the polar bears were unable to catch enough prey to meet their energy needs.

Recently, an image of an emaciated polar bear went viral, with many asking whether this was the telltale image of climate change.  The authors of the study confirm that the animals are traveling further to find food and that this is likely to be an “important factor in explaining declines in (the) body condition and survival” of polar bears.

The extent of Arctic sea-ice is decreasing at a rate of about 14% per decade.  While there are as many as 25,000 polar bears worldwide, scientists expect the remaining population to plummet as the planet warms.  Climate change mitigation seems like the only way to save these bears.

Can Polar Bears Be Saved?

Polar bears ‘running out of food’

What Cameras on Polar Bears Show Us: It’s Tough Out There