You are here: Home / Podcast / Pests And Crops In A Warming World 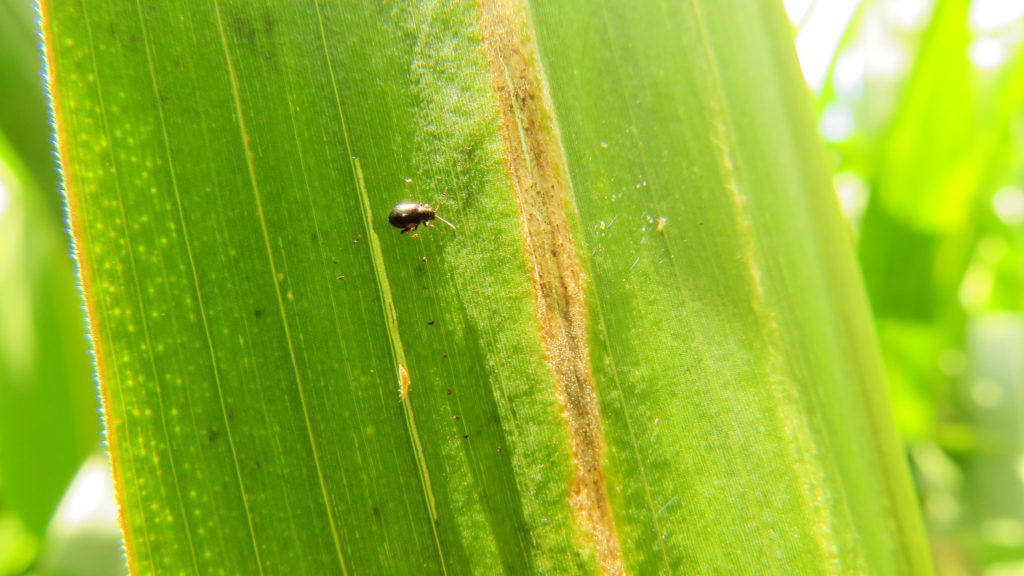 By the year 2050, scientists predict that there will be two billion more people to feed in the world.  And climate change isn’t making that task any simpler.  From extreme weather events to rising global temperatures, climate change is expected to affect the types of food we grow, and to negatively affect the food production needed to feed the growing population.

But new research is highlighting another way in which climate change is expected to accelerate rates of crop losses: insects.  In a paper recently published in the journal Science, a team led by researchers at the University of Washington found that insect activity in today’s temperate (or crop-producing) regions will rise along with temperatures.  Scientists anticipate that this will in turn spike worldwide losses of rice, corn, and wheat by 10 to 25% for each one degree Celsius rise in global mean surface temperatures.  A two-degree Celsius rise in global temperatures will expand total losses of these three crops to approximately 213 million tons annually.

Curtis Deutch, a University of Washington researcher and co-author of the study, told BBC News that “insect pests currently consume the equivalent of one out of every 12 loaves of bread. By the end of this century, if climate change continues unabated, insects will be eating more than two loaves of every 12 that could have been made.”

In a 2016 report, the United Nations estimates that at least 815 million people don’t get enough food to eat.  According to the UN Food and Agriculture Organization, corn, rice, and wheat are staple crops for about four billion people and account for roughly two-thirds of the food energy intake.

‘Pests and Crops in Warming World’ from Earth Wise is a production of WAMC Northeast Public Radio.