You are here: Home / Podcast / Pesticides And Bees 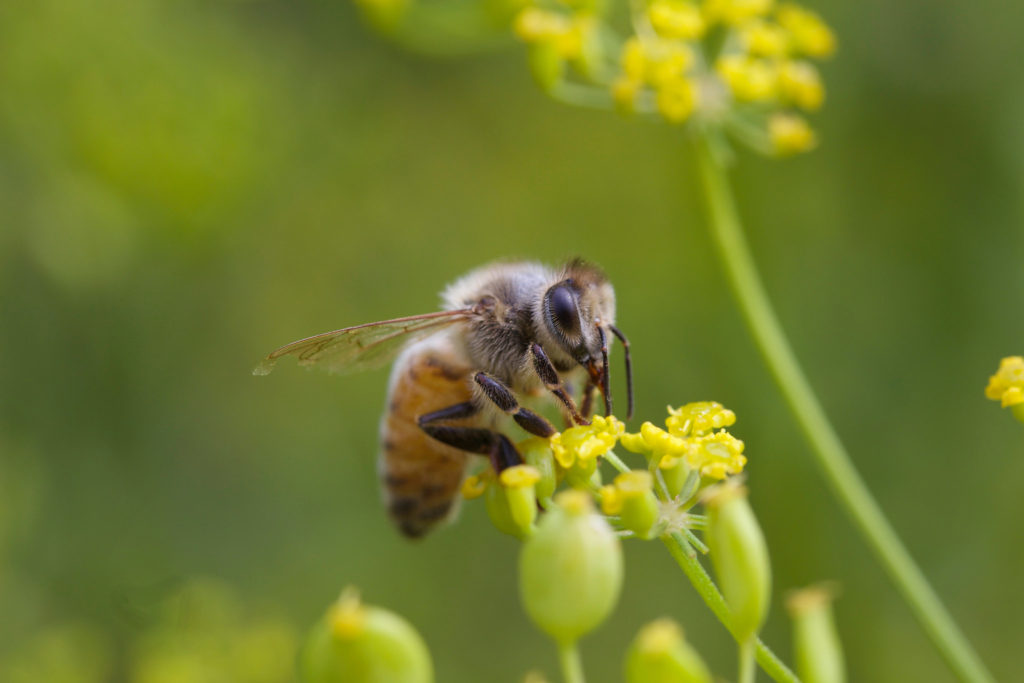 The new assessment by the European Food Safety Authority (EFSA) considered more than 1,500 studies on the impacts of three neonicotinoids:  imidacloprid, clothianidin, and thiamethoxam.  The study examined bee exposure to these neonicotinoids in the following ways: from residues in bee pollen and nectar, from dust drift during sowing or the application of treated seeds, and from water consumption.

According to the study, some scenarios of neonicotinoid use, such as inside a glass greenhouse, present a low risk to bees, while others, such as on flowering field crops, are high risk.

For many, the results of this assessment confirm the previous findings that prompted the original EU-wide ban on the use of neonicotinoids in the first place.  But not for all.  Crop chemical companies disagree with the results, saying the evidence is not there to blame the global plunge in bee populations on neonicotinoid pesticides alone. They say it’s a complex phenomenon caused by a variety of factors.

Today, European nations are discussing a proposal to extend the ban, and the EFSA report is considered a critical component of whether or not the neonicotinoid moratorium remains in place.

Pollinators, such as wild bees, honeybees, and many other insects, are vital for global food production.  The decline in recent years has been blamed on habitat loss, disease, and the widespread use of pesticides such as neonicotinoids.

‘Pesticides and Bees’ from Earth Wise is a production of WAMC Northeast Public Radio.