You are here: Home / Podcast / Losing Forests Is Felt Far Away 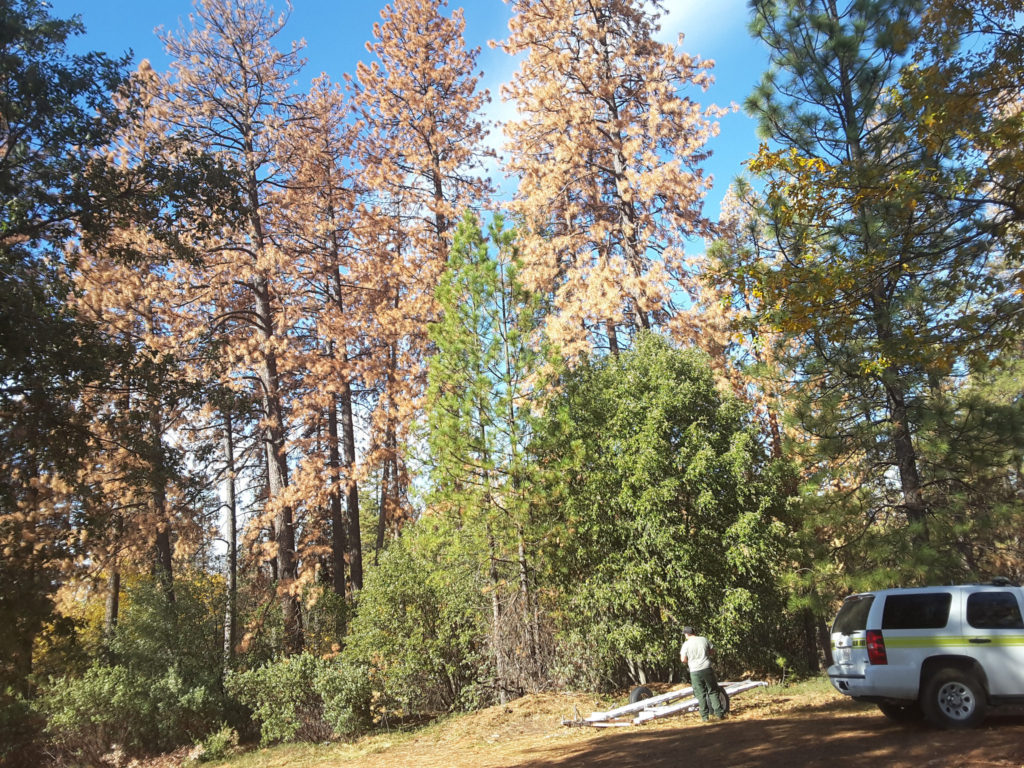 Large areas of forests in our country are vulnerable to drought, fires and disease.  When forests are heavily damaged, there are well-known local impacts:  drier soils, stronger winds, increased erosion, loss of shade and loss of habitat.

A new study by University of Washington researchers shows that forest die-offs in specific regions of the United States can influence plant growth in far-off parts of the country.  The largest effects are associated with the ongoing loss of forest cover in California.

California has been experiencing dramatic tree mortality.  Its forests have lost more than 130 million trees since 2010, largely due to the combined effect of drought, warm temperatures, insects and disease.  In many cases drought only weakens the trees thereby making them far more vulnerable to insects and diseases.

The research shows that forest loss in the west can disrupt or change the flow patterns in the atmosphere which leads to changes in the summertime climate in the eastern part of the country.  These changing patterns can make Eastern summers slightly warmer, which is harmful to plant growth.  The effect is likened to an El Niño pattern where a warm area in the ocean causes the atmosphere to move around in an atypical way.  In this case, loss of forest creates a warm spot on land with similar consequences.

The same research group has studied the effect of decimating the Amazon rainforest upon worldwide plant growth.  We are starting to learn how local changes to the natural environment can have far-reaching effects across entire continents and more.  In the context of the changing climate, we have to think on a global level even when considering seemingly local events.

‘Losing Forests Is Felt Far Away’ from Earth Wise is a production of WAMC Northeast Public Radio.