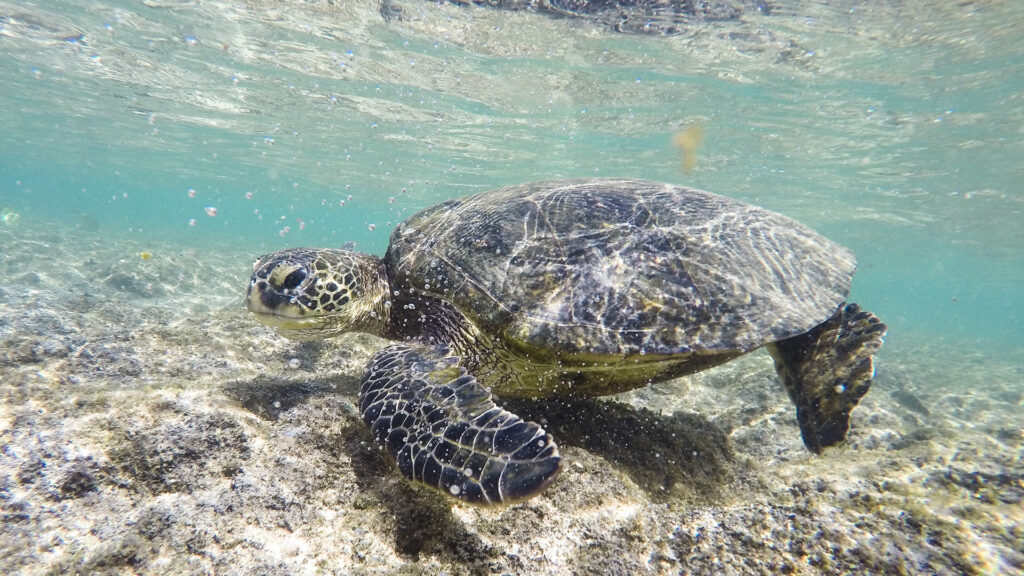 Gillnets are walls or curtains of netting that hang in the water to trap fish.  They are one of the most extensively used fishing gear in coastal regions throughout the world’s oceans.  While they are very effective at catching targeted fish species, they are not discriminating.  As a result, they carry significant risk of bycatch – the accidental capture of unwanted species as well as other interactions with various marine animals.

Researchers from The Wildlife Conservation Society, NOAA Fisheries, Arizona State University, and the National Fisheries and Aquaculture Institute of Mexico have recently published a study showing that using lighted gillnets reduced overall bycatch by 63%, including a 95% reduction in sharks, skates, and rays, and an 81% reduction in Humboldt squid.

Illuminating gillnets with LED lights has emerged over the past decade as an effective tool to reduce bycatch of endangered sea turtles.  The new study is the first detailed examination of the effectiveness of illumination for other vulnerable species.

Gillnets are ubiquitous because they are inexpensive and catch everything that passes them.  Global populations of sharks, skates, and rays have declined as a result of bycatch and illegal fishing. The results of this study are encouraging because they provide a practical solution for increasing the selectivity of gillnets and avoiding bycatch.