You are here: Home / Podcast / Cold And Snow From Global Warming 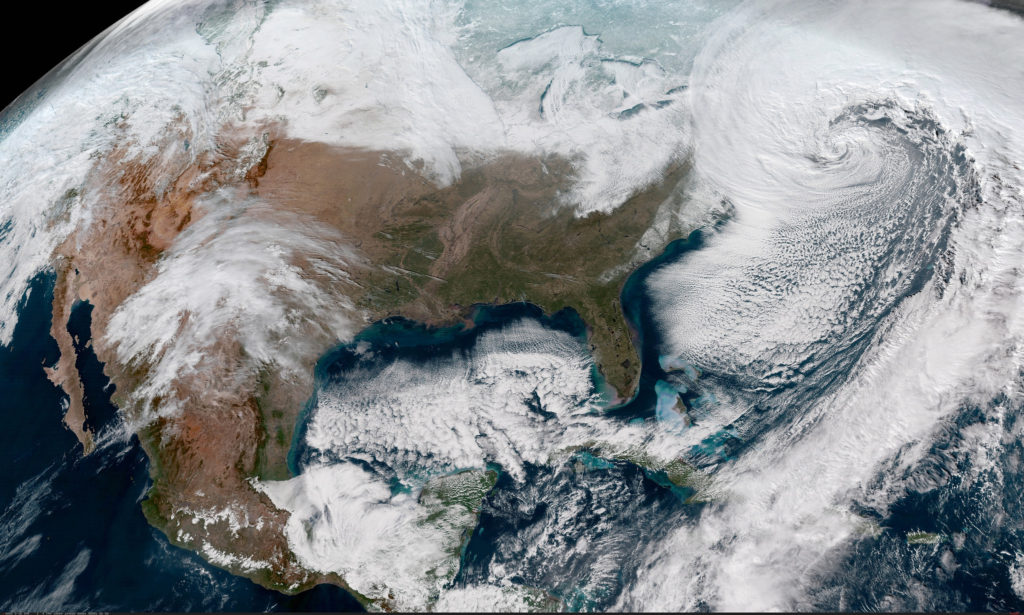 According to a study at Rutgers University, the two different winter phenomena are related.  Warm temperatures in the Arctic cause the jet stream to make wild swings and when the jet stream swings farther south, that causes cold air to reach those places.  And when the jet stream heads south, it tends to hang around for a while, so we experience extended periods of extreme weather.   These excursions are known as polar vortex disruptions.

The study determined that severe winter weather is two to four times more likely in the eastern U.S. when the Arctic is abnormally warm than when it is abnormally cold.  When Arctic warming occurs near the surface, it has little effect on our winter weather.  When the warming extends into the stratosphere, the polar vortex is likely to be disrupted.

The same study showed that severe winter weather in the western United States is more likely when the Arctic is colder than normal.  Thus, the eastern U.S. has experienced cold winters and the west has had warm, dry conditions.

Exactly how much of our winter weather is related to Arctic warming is difficult to determine, but the data shows that it is hardly a coincidence.

‘Cold from Global Warming’ from Earth Wise is a production of WAMC Northeast Public Radio.