You are here: Home / Podcast / A New Way To Store Hydrogen 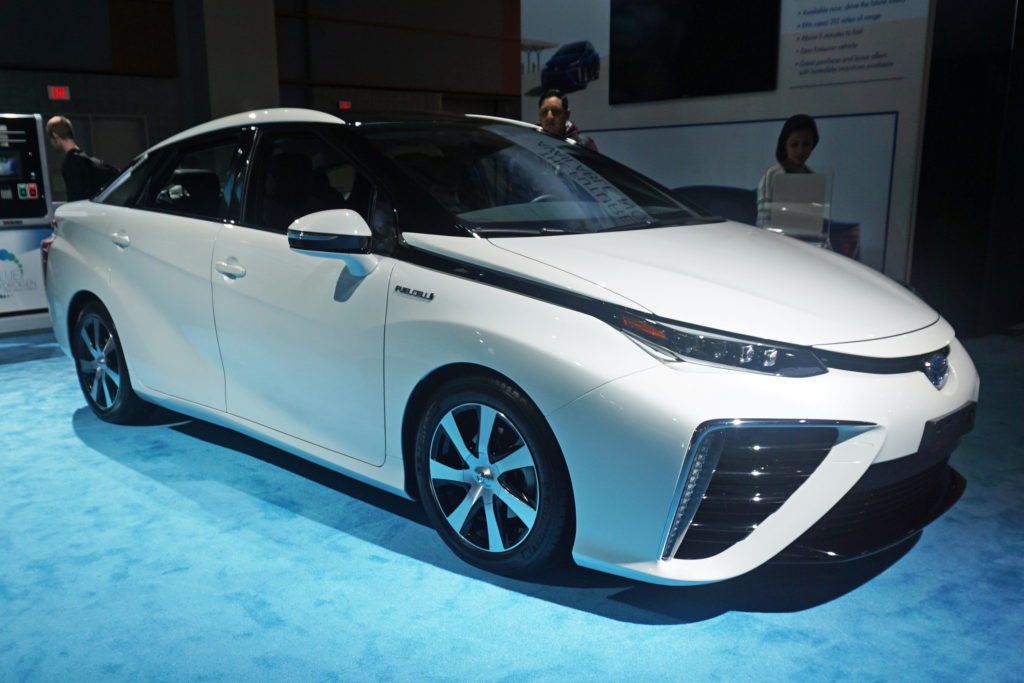 Several major automakers including Toyota, Honda and BMW are betting that hydrogen-fueled cars will be a dominant technology in the future.  There are a number of technical and economic problems to be solved before that can happen.  Producing hydrogen in an cost-effective and environmentally-friendly way is critical.  But beyond that, one of the biggest challenges is the transportation and storage of hydrogen.

There are three ways to store hydrogen:  as a gas, as a liquid, or in the form of a chemical compound.  Storing hydrogen as a gas requires high volumes and costly high-pressure tanks.  Storing it as a liquid requires cryogenic temperatures more than 400 degrees below zero Fahrenheit.

The work paves the way for bulk hydrogen to be transported chemically locked up in ammonia, using existing infrastructure, and then reconverting the ammonia back into hydrogen at the point of use.  The new membrane developed at Australia’s CSIRO separates ultra-high purity hydrogen from ammonia, while blocking all other gases.  It solves the problem of storing and transporting bulk hydrogen by using liquid ammonia, which is already widely used in industry.

Ammonia is produced by the millions of tons globally for industrial use and is routinely transported in tank cars or cylinders.  It is widely used in fertilizers but is also used as a precursor to many nitrogenous compounds, in cleaners, in fermentation, and as an antimicrobial agent for food products.

The Australian research opens up the possibility that ammonia may become a key enabler in the widespread use of hydrogen-powered cars.

‘A New Way to Store Hydrogen’ from Earth Wise is a production of WAMC Northeast Public Radio.