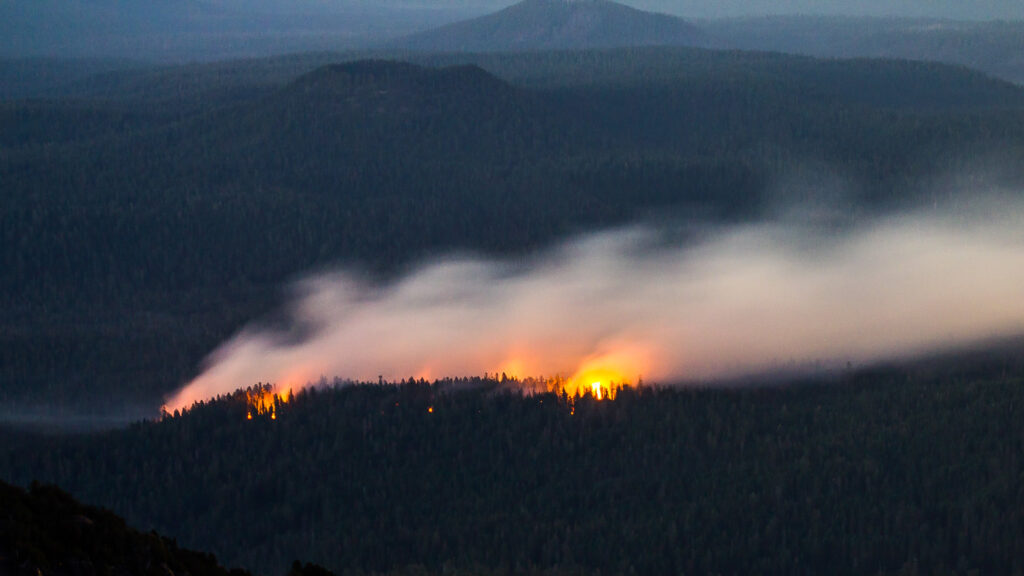 In recent years, wildfires have been a global problem, notably in California, Brazil, and Australia.  It has become increasingly important to be able to respond to new fires as soon and as quickly as possible.  Such response can make the task of extinguishing them easier, thereby reducing the amount of damage and the loss of property and life.

Traditional methods for detecting forest fires include satellite monitoring, ground patrols, and watch towers, all of which have high labor and financial costs but suffer from low efficiency.  Remote sensing technologies are becoming increasingly common but rely on batteries for power, requiring servicing in remote locations to replace depleted batteries.  Solar cells represent an alternative to batteries, but it is challenging to use them in forests because of shading and foliage coverage.

A team of researchers at Michigan State University has developed a remote forest fire detection and alarm system powered by nothing more than the movement of tree limbs in the wind.  The device is known as an MC-TENG, which is an acronym for multilayered cylindrical triboelectric nanogenerator.  The triboelectric effect is a phenomenon where certain materials become electrically charged when they separate from a second material with which they were previously in contact.  In the new device, two cylindrical sleeves fit within one another – one anchored and the other free to slide.  The device is tied to a tree branch and when the branch sporadically moves in the wind, electricity is generated and stored in a carbon-nanotube-based micro supercapacitor.  This powers a sensing system that can continuously monitor environmental conditions without requiring any maintenance.

A combination of carbon monoxide and temperature sensors provides a high-tech fire alarm that can operate continuously in the most remote forest.