You are here: Home / Podcast / The Threat From Thwaites | Earth Wise 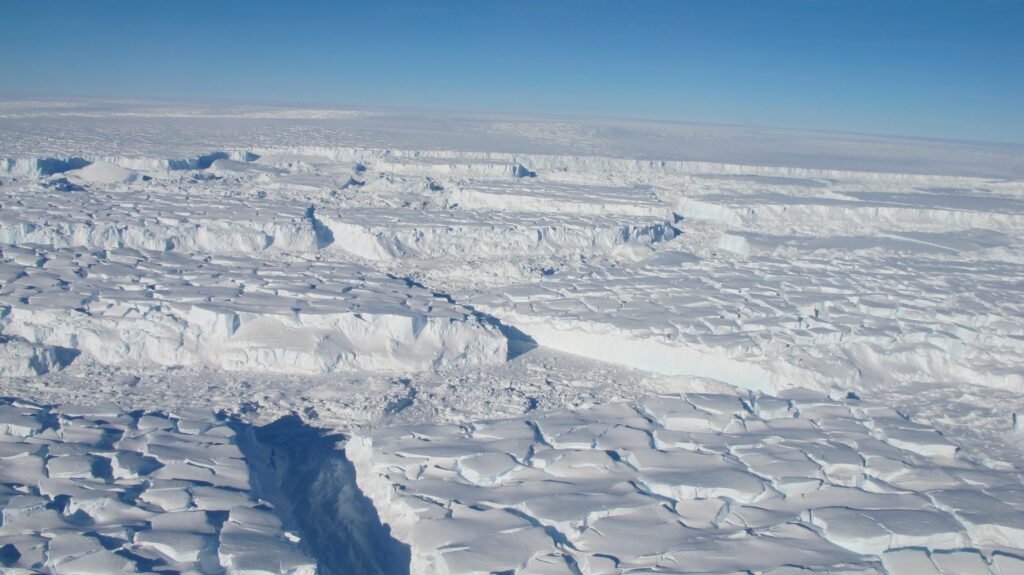 The Thwaites Glacier in Antarctica is the widest glacier in the world. It is about 80 miles across and in places extends to a depth of about 2,600 to 3,900 feet.  The glacier is roughly the size of Florida, and it currently contributes 4% of annual global sea level rise as it continues to retreat from a warming ocean.

The International Thwaites Glacier Collaboration is a team of nearly 100 scientists dedicated to studying the glacier.  According to the scientists, Thwaites has doubled its outflow speed within the last 30 years.  The glacier in its entirety holds enough water to raise global sea levels by over two feet, which would be catastrophic.

A third of the glacier flows more slowly than the rest because it is braced by a floating ice shelf that is held in place by an underwater mountain.  The concern is that the brace of ice slowing the glacier may not last for long.

Beneath the surface, warmer ocean water is attacking the glacier from all angles.  The water is melting the ice directly beneath the glacier causing it to lose its grip on the underwater mountain.  Massive fractures have formed and are growing.

Warm water is also a threat for what is called the grounding zone, which is the area where the glacier lifts off the seabed. There are many possible scenarios under which there could be a major ice loss from the glacier.  It is unclear how quickly it could occur.  It might take decades, or it could be centuries.  The threat is large enough and real enough that continued observation and research is essential.

The Threat from Thwaites: The Retreat of Antarctica’s Riskiest Glacier