You are here: Home / Podcast / The Sahara Desert Is Expanding 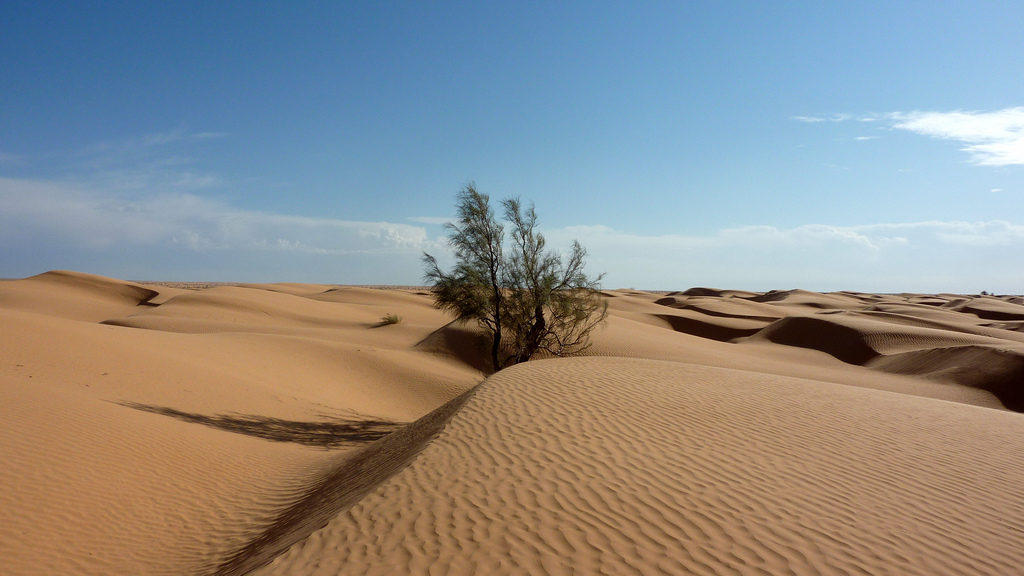 Deserts are barren areas of land where little precipitation occurs, resulting in living conditions that are hostile for plant and animal life. These regions are typically defined by low average annual rainfall—usually 100 millimeters (less than 4 inches) of rain per year or less.

Researchers from the University of Maryland analyzed rainfall data across Africa from 1920 to 2013 and found that the Sahara Desert – which occupies much of the northern part of the continent – is expanding.  According to this study, the Sahara has grown 10% since 1920.  The research, which was recently published in the Journal of Climate, is the first to examine century-scale changes to the boundaries of the world’s largest warm-weather desert, and its findings suggest that other deserts could be expanding as well.

According to the study, human-caused climate change as well as natural climate cycles likely caused the desert’s expansion. In fact, the research team said one-third of the expansion is directly attributable to climate change.  The geographical pattern of the expansion varied from season to season, but the most notable differences occurred along the northern and southern boundaries of the Sahara.

Roughly equal in size to the contiguous United States, the Sahara Desert is the world’s largest warm-weather desert.  The Arctic basin and the Antarctic continent, which are each approximately twice as large as the Sahara, also qualify as deserts due to their low rates of precipitation.

The results of this study have far-reaching implications for the future of the Sahara Desert, and for many other deserts around the world.  As the global population continues to grow, the loss of agricultural lands to desertification could have devastating consequences.

The Sahara Desert is Expanding, According to New UMD Study

‘The Sahara Desert is Expanding’ from Earth Wise is a production of WAMC Northeast Public Radio.