You are here: Home / Podcast / The ‘Biggest Ever’ Arctic Expedition 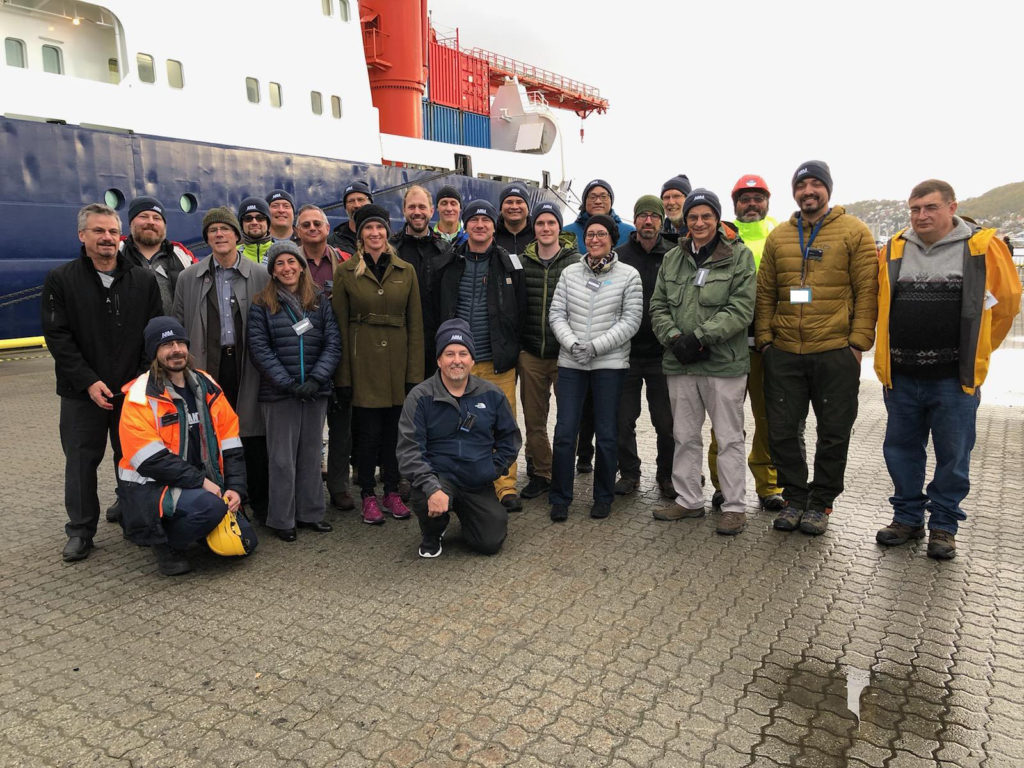 The Arctic is warming faster than any other region on Earth.  In fact, it’s warming at a rate of almost twice the global average.  And, since what happens in the Arctic doesn’t stay in the Arctic, the world is already feeling the effects: rising sea levels, changes in climate and precipitation patterns, increasing severe weather events, and so on.

As a result, researchers from more than a dozen countries have launched the biggest and most complex expedition ever attempted in the Arctic.  They plan to freeze Germany’s largest research vessel, the Polarstern, into Arctic sea ice, where it will remain trapped for twelve months.  The ship will drift with the sea ice as the sea ice drifts.  The vessel will serve as a research laboratory, hosting a rotating crew of 300 scientists.  The ice, the ocean, the atmosphere, and even the wildlife will all be sampled.  This year-long journey will give researchers their closest look at how the polar climate and its fragile ecosystems are changing.

Led by the Alfred Wegener Institute for Polar and Marine Research in Germany, the Multidisciplinary drifting Observatory for the Study of Arctic Climate project (or MOSAiC) is expected to cost about $150 million.

One major goal of MOSAiC is to improve strikingly uncertain climate projections for the Arctic.  Climate models disagree on how much more the Arctic will warm as the concentration of greenhouse gases in the atmosphere rises and sea ice shrinks.  Some project a 5ºC rise by 2100 relative to the 1986-2005 average.  Others predict a 10ºC increase.

Understanding the complex processes occurring in the Arctic is essential for projecting the future impacts of climate change.