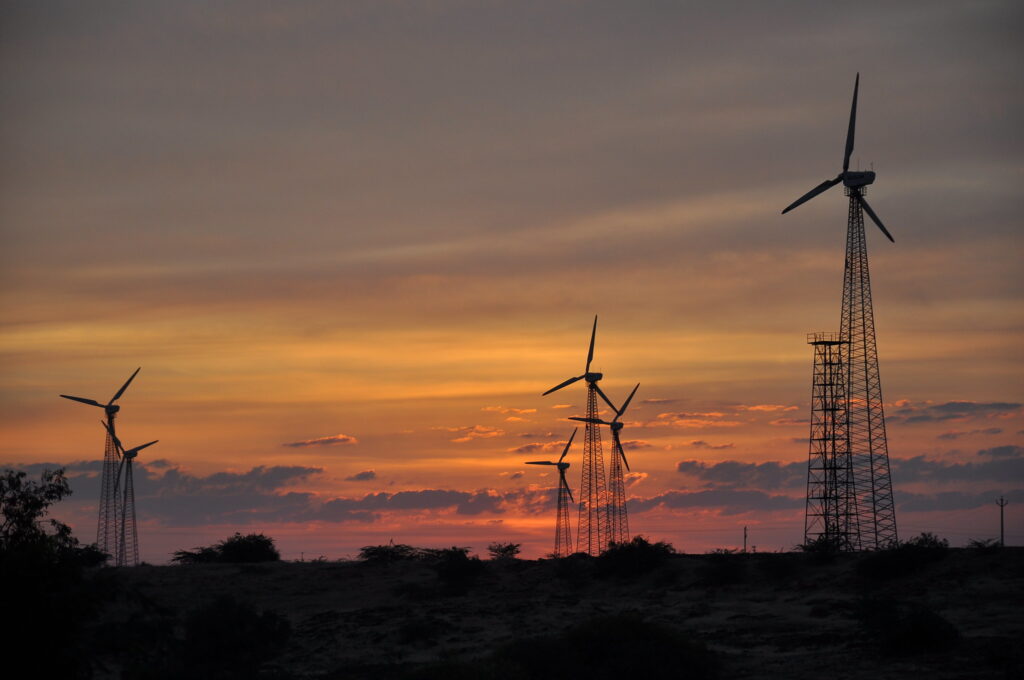 India is the country with the second largest population in the world – over 1.4 billion people – second only to China – and will undoubtedly pass China soon based on population trends in the two countries.   India is the third largest emitter of carbon dioxide, after China and the U.S.  With its rapidly growing population and an economy heavily dependent on coal and oil, emissions in India are on a steep upward trajectory.  Currently, fossil fuels account for about 60% of India’s installed energy capacity.  It is essential that actions are taken to curb its rapid increase in greenhouse gas emissions.

To that end, India’s renewables sector is booming.  The country is projected to add 35 to 40 gigawatts of renewable energy each year until 2030.  That’s enough energy to power up 30 million more homes each year.  The country has established a target of producing 50% of its electricity from non-fossil fuel sources by the end of this decade.

according to the Institute for Energy Economics and Financial Analysis and Climate Energy Finance.  The Indian government’s own projections estimate that the country will reach 500 gigawatts of renewable capacity in that timeframe.

As is the case with China, a country with an enormous population undergoing major economic growth and modernization has vast energy needs.  While it is imperative for the entire world that India puts a cap on its growing greenhouse gas emissions, it is a difficult challenge for an energy-hungry country.