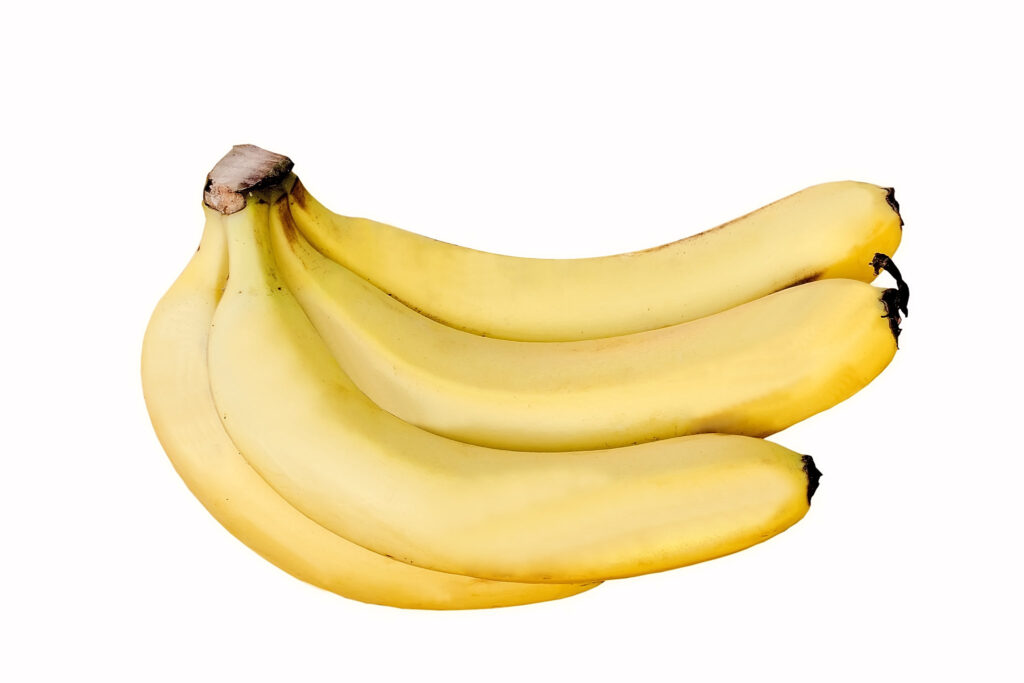 Cavendish bananas account for about half of global banana production and the vast majority of bananas entering international trade.  The plant is unable to reproduce sexually and instead is propagated via identical clones.  So, the genetic diversity of the Cavendish banana is exceedingly low.

In 2008, Cavendish cultivars in Sumatra and Malaysia started to be attacked by Panama disease, a wilting disease caused by a fungus.  In 2019, Panama disease was discovered on banana farms in the coastal Caribbean region, its first occurrence in the Americas.  In the 1950s, Panama disease wiped out the Gros Michel banana, the commercial predecessor of the Cavendish.

Scientists at the University of Cambridge have found a novel way to combine two species of grass-like plants – which include bananas, rice, and wheat – using embryonic tissue from their seeds.  The technique allows beneficial characteristics, such as disease resistance, to be added to the plants.

Joining the shoot of one plant to the root of another to grow as one plant is known as grafting.  It was thought to be impossible to do with grass-like plants – called monocotyledonous  grasses – because they lack a certain tissue type in their stems.  But the new research, published in the journal Nature, showed it can be done with the plants in their earliest embryonic stages.

Cavendish bananas are sterile, so disease resistance can’t be bred into future generations.  But the grafting technique may provide a way to produce Cavendish banana plants that are resistant to Panama disease.  It may be possible to save an important food crop before it is too late.