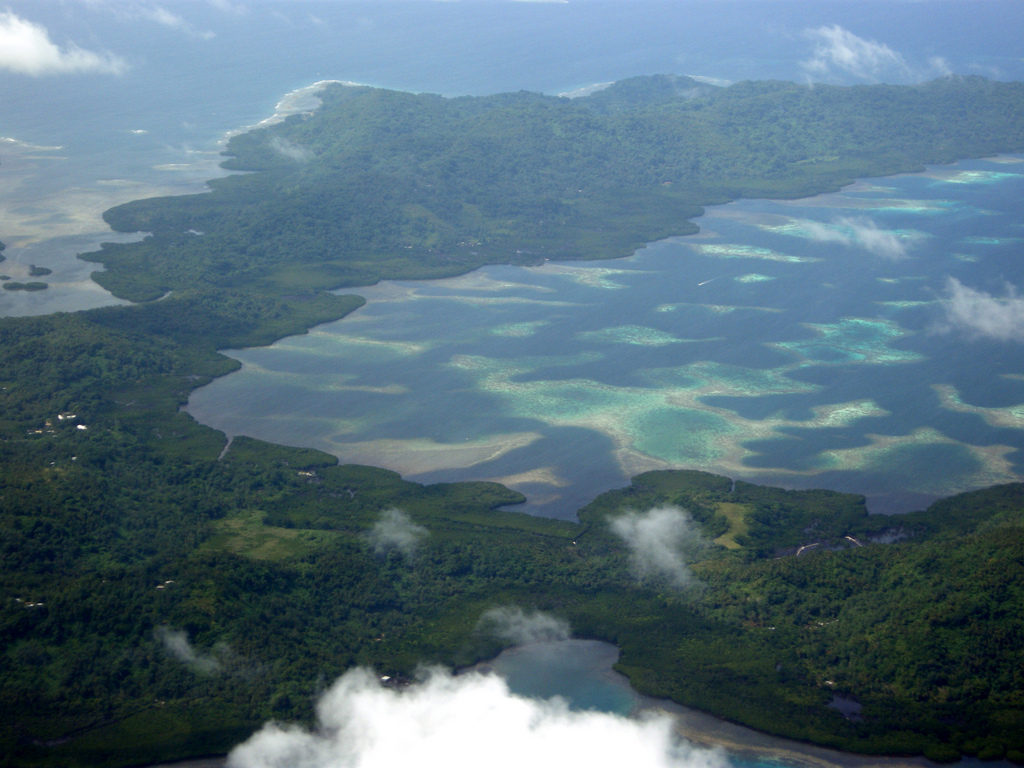 Most of the world’s atolls are in the Pacific and Indian oceans.  There are numerous populated atoll islands including the Marshall Islands, the Caroline Islands, the Maldives, the Seychelles, and the Northwestern Hawaiian Islands.  Hundreds of thousands of people live in these places.  The Republic of the Marshall Islands alone has over a thousand low-lying islands on 29 atolls.

Previous studies of the resilience of these islands to sea-level rise projected that they would be able to withstand the rising seas at least until the end of this century.  However, a new study published in Science Advances has concluded that sea-level rise and wave-driven flooding will impact freshwater resources on many low-lying atoll islands in such a way that most could become uninhabitable within the next 30 years.

The earlier studies did not take into account the additional hazard of wave-driven overwash – storm waters and waves that wash up and over the low-lying island – and its impact on freshwater availability.

Populated atoll islands mostly get their fresh water from rain that soaks into the ground and remains there as a layer floating on top of denser saltwater.   Overwash events can result in salty ocean water seeping into the ground and contaminating the freshwater aquifer.  Subsequent rainfall can sometimes flush out the seawater, but with enough overwash events – occurring more frequently with rising seas – the freshwater supply can be permanently destroyed.

According to the study by the U.S. Geological Survey and other institutions, most atolls will be uninhabitable by the mid-21st century due to sea-level rise exacerbating wave-driven flooding.

‘Drowning Atolls’ from Earth Wise is a production of WAMC Northeast Public Radio.