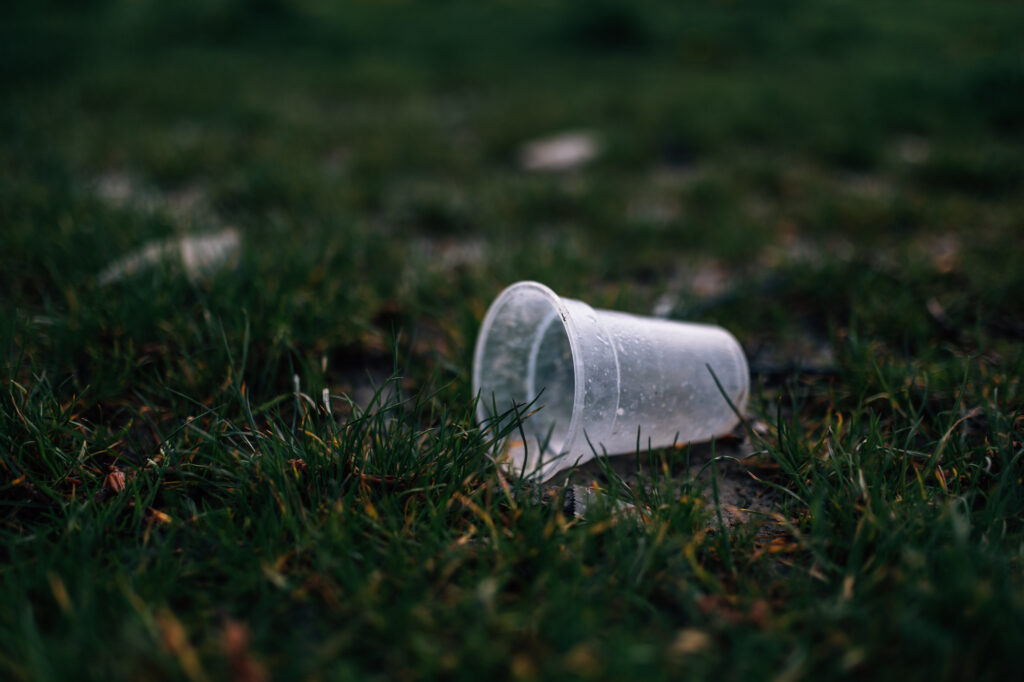 Chemists at Rice reported in the journal ACS Nano that heating plastic waste in the presence of potassium acetate produces particles with nanometer-scale pores that trap carbon dioxide molecules.   According to the researchers, these particles could be used to remove CO2 from the flue gas streams of power plants.

Significant sources of CO2 emissions like power plant exhaust stacks could be fitted with this waste-plastic-derived material to absorb large amounts of carbon dioxide that would otherwise enter the atmosphere.

The Rice University process is an enhancement to the current process of pyrolyzing waste plastic – that is, breaking it down in the presence of heat.  By pyrolyzing plastic in the presence of potassium acetate, porous particles are formed that can hold up to 18% of their own weight in carbon dioxide.

According to the researchers, the cost of capturing carbon from a power plant would be $21 a ton, which is far less expensive than existing energy-intensive processes used to pull carbon dioxide from natural gas feeds.

The sorbent material can be reused.  Heating it to about 167 degrees Fahrenheit releases trapped carbon dioxide from the pores and regenerates about 90% of the material’s binding sites.

The Rice process may represent a much better way to capture carbon dioxide from power plant exhaust stacks.  It could be a way to make use of one environmental problem – waste plastic – to deal with another one.