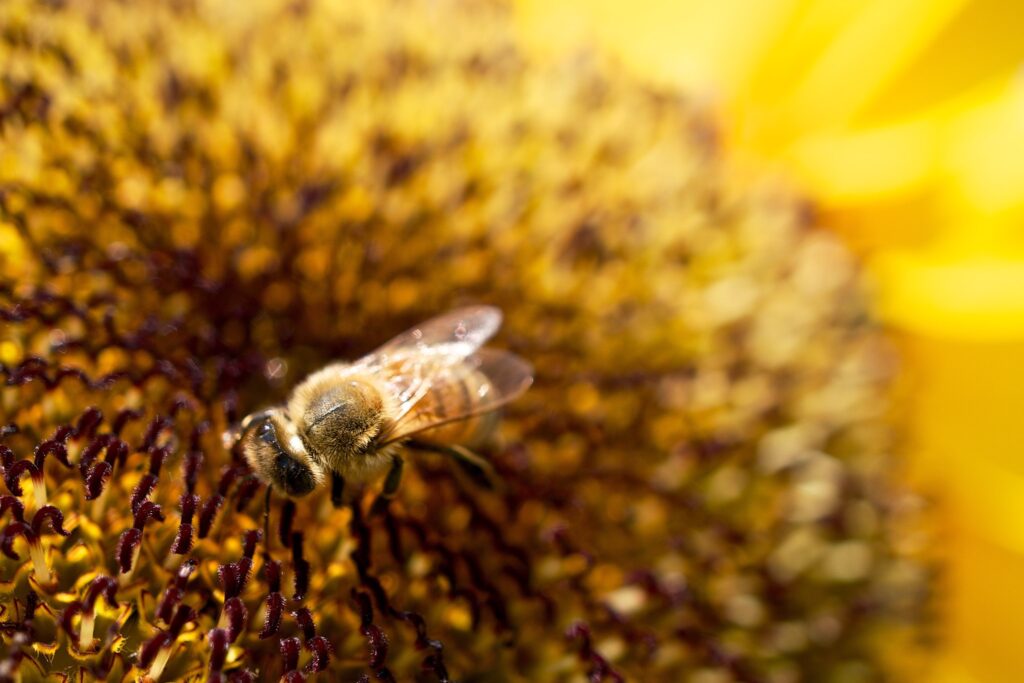 Domesticated honeybees are an essential part of our agricultural system, being responsible for one in every three bites of food Americans consume and contributing $15 billion a year to the value of the nation’s crop production.  Millions of bee colonies are trucked across the country every year to pollinate cranberries, melons, broccoli, blueberries, and cherries, and also to produce honey.

After the growing seasons, honeybees are trucked to various locations to rest and rebuild their population and to replenish bees lost to disease and pesticides.  Some of these locations are in national forests.  Thousands of hives belonging to 112 apiaries are currently permitted in national forests by the Department of Agriculture.  This presents a problem because these hives are being permitted on public lands with virtually no environmental review and with little consideration of the impact these colonies can have on local wild bee populations.

The 4,000 wild bee species in the U.S. consume up to 95% of local available pollen.  Nearly 40 federally listed threatened or endangered species of bees, butterflies, and flower flies depend on national forest land for their survival.  And now the pollinators in these places, which were once refuges for these species and others, increasingly face competition from millions of domesticated honeybees.

Honeybees are super-foraging machines and are literally taking the pollen out of the mouths of other bees and pollinators.  Honeybees themselves have been facing numerous problems from habitat loss, pesticides, and other stress factors.  So, what is happening is essentially a pollinator habitat crunch that carries long-term implications for the U.S. food supply.  We need to find some answers and the sooner the better.