You are here: Home / Podcast / Animals And Wildfires | Earth Wise 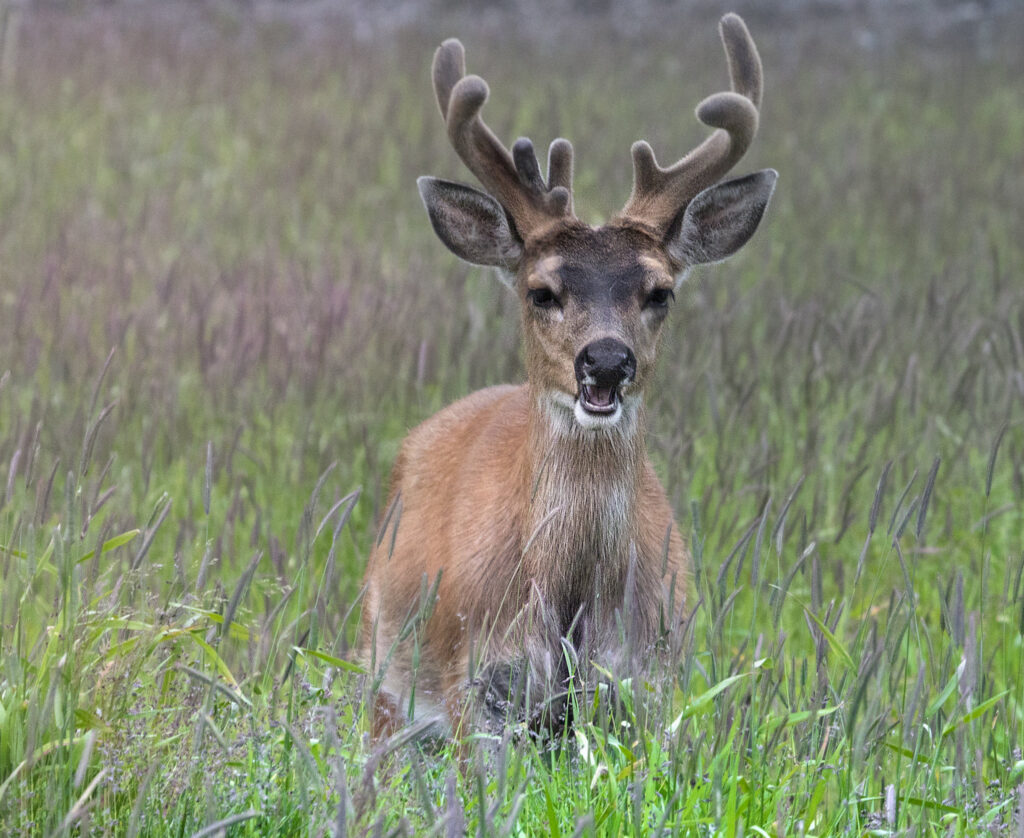 More than a century of fire suppression strategies coupled with climate change has led to wildfires that are much larger and more frequent than those of the past.  A question that arises is what happens to the animals in a region when a massive wildfire sweeps through the landscape?

The researchers had been studying a group of black-tailed deer where the 2018 Mendocino Complex Fire occurred.  That megafire torched more than 450,000 acres in Northern California, including the site where the researchers were studying the movements and feeding patterns of the deer.

The researchers had to evacuate the area during the fire, but their cameras, tracking collars, and other equipment continued to function.  They learned that of the 18 deer studied, all survived.  Deer that had to flee the flames returned home, even though many areas were completely burned and devoid of vegetation to eat.  In fact, most of the deer returned within hours of the fire’s end while trees were still smoldering.   The researchers continue to monitor the deer to look at the long-term effects of the fire.

The researchers speculate that loyalty to home is a tactic that likely helped the species survive past wildfires.  Smaller fires encourage new vegetation growth, a tasty treat for deer.  Whether the strategy will pay off as fires get more intense and more frequent remains to be seen.