You are here: Home / Podcast / A Battery That Eats Carbon Dioxide 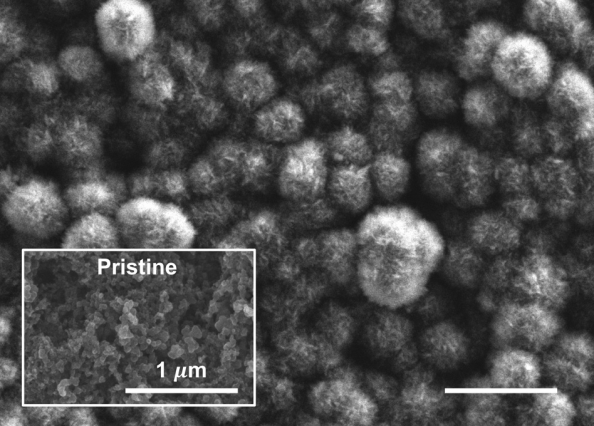 Fossil fuel-based power plants are increasingly considering the use of carbon capture technologies as a way to reduce emissions.  The biggest challenge to the wide-spread adoption of such technology is its energy cost, which of course equates to economic cost.  Present-day power plants equipped with carbon capture systems can use up to 30% of the electricity they generate just to power the capture, release, and storage of carbon dioxide.

As a result, there is strong motivation to find ways to create value from the captured carbon dioxide – for example by incorporating it into end products that can be sold.  The challenge in this is that converting carbon dioxide into various specialized chemicals is not easy.  Carbon dioxide is not very reactive, and it typically requires metal catalysts and expensive high-energy processes.

Researchers at MIT have recently developed a new type of battery that continuously converts carbon dioxide into a solid mineral carbonate as it discharges.  The idea is to make carbon-dioxide-loaded electrolytes – one of the three essential parts of a battery – where captured gas can then be used during the discharge of the battery to provide a power output.

Most existing approaches to carbon capture and storage are based on using chemical absorption to trap CO2 emissions, but then releasing it back to the gas phase for long-term storage or doing further chemical processing to produce useful substances.

The MIT research is an approach that could potentially be used right in a power plant waste stream to make material for batteries.  They have demonstrated a lithium-carbon dioxide battery with performance competitive with state-of-the-art lithium-gas batteries.

‘A Battery That Eats CO2’ from Earth Wise is a production of WAMC Northeast Public Radio.