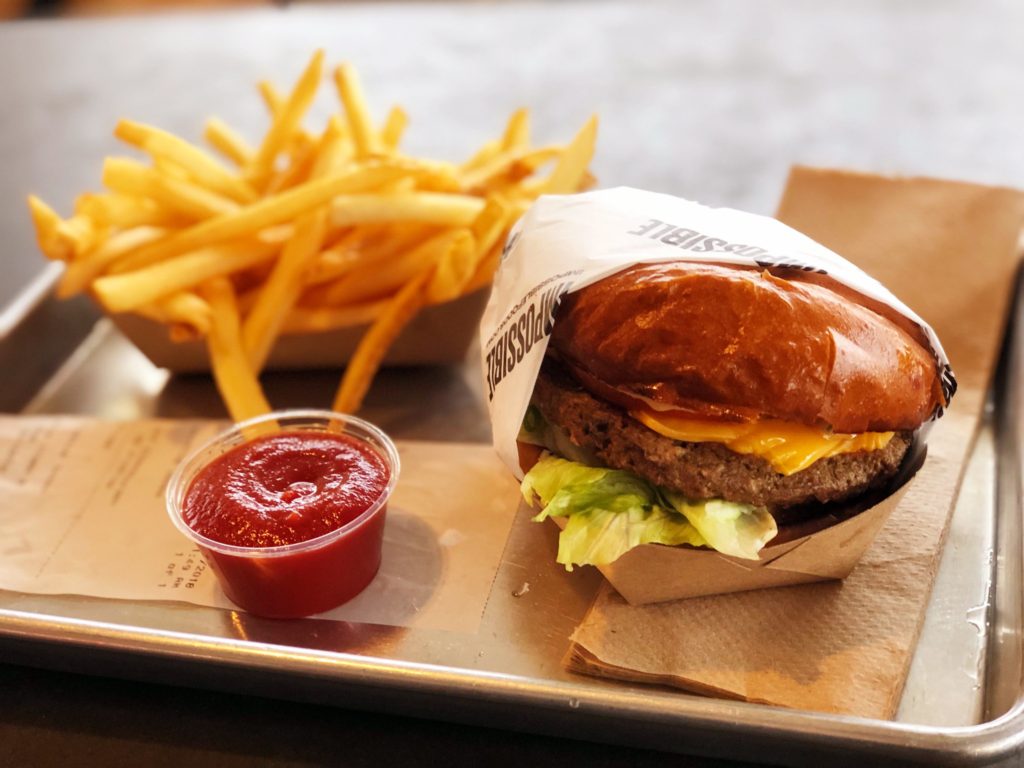 Burger King, the global hamburger fast food giant, recently made a huge announcement:  Customers will soon have the option to select either a beef patty or a plant-based patty when ordering the iconic Whopper sandwich.

Burger King’s plant-based patty will be made by Impossible Foods, a California startup founded in 2011 with the explicit goal of decreasing the world’s reliance on animal agriculture.  Impossible Foods signature product, the Impossible burger, has already debuted as a slider in White Castle’s 380 or so stores.  It’s also being added to the menu at all 570 Red Robin locations.  Other plant-based innovators, such as Beyond Meat, have also found some mainstream success.  But the Impossible Whopper and the planned national roll-out at Burger King’s 7,200 locations is the biggest deal to date.

Impossible Foods’ major innovation comes from its use of heme, which is an iron-rich protein that in essence is what makes meat taste like meat.  Impossible Foods cultivates heme directly from plants – soybean plant roots to be exact – and then mass produces it using yeast.  This is then mixed with other plant-based ingredients to achieve the nutty texture of ground beef.

Meat production is one of the biggest single contributors to climate change.  The Impossible burger represents a better choice for the environment.  It requires 87% less water, 96% less land, and produces 89% fewer greenhouse gas emissions when compared with beef burgers.  At Burger King, the Impossible Whopper will have the same amount of protein as the regular Whopper, but 15% less fat and 90% less cholesterol.

Meatless continues to push into the mainstream.