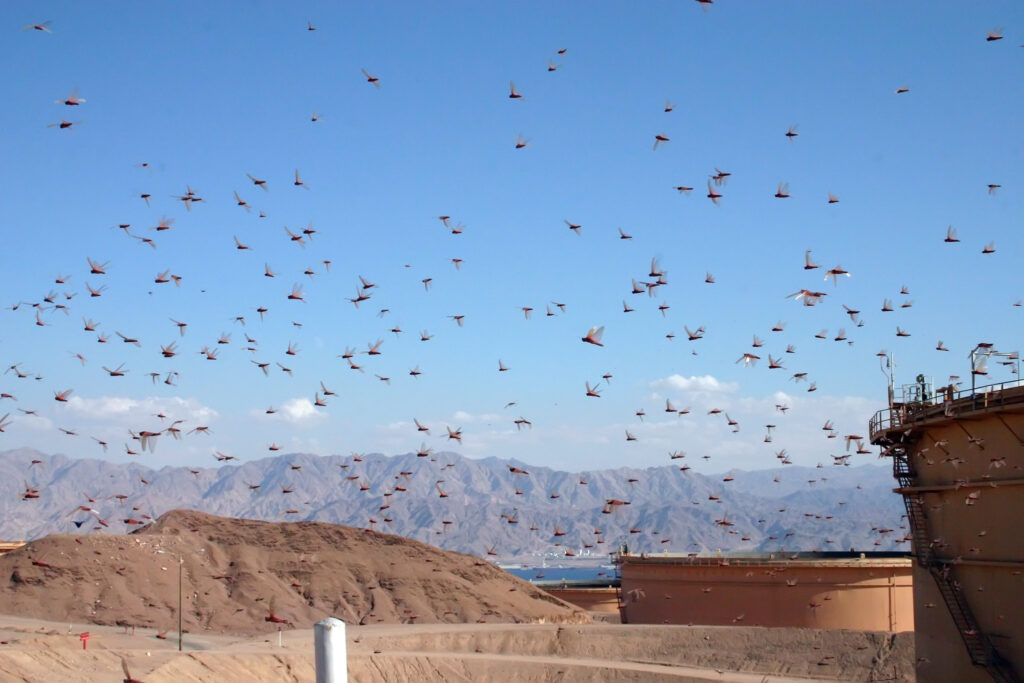 Plagues of locusts have been reported since the times of the Egyptian pharaohs.  In recent history, there have been desert locust plagues during multiple decades of the 20th century.  Since January, a very large population of locusts gathered in Kenya and has destroyed over 2,000 square miles of pasture and crop land.  Swarms have since reached portions of Ethiopia, Somalia, Uganda, and South Sudan.  Apart from East Africa, there are locust swarms in Yemen and other Middle East countries and in Pakistan as well.  The current situation continues to represent an unprecedented threat to food security and livelihoods in East Africa.  Locust swarms can range in size from less than half a square mile to hundreds of square miles, each containing 20 to 40 million locusts.

The National Oceanic and Atmospheric Administration uses a powerful air quality model to track the movement and deposition of pollution from wildfires, volcanoes and industrial accidents.  Called the HYSPLIT dispersion model, it has now been refined for the purpose of tracking swarms of locusts.

Because desert locusts are passive fliers that drift with the wind, the model’s high-quality data on wind speed and direction can lead to accurate predictions of where the locusts will go and when.

NOAA is working with the United Nations Food and Agriculture Organization – the FAO.  The new web application based on HYSPLIT is being used by the FAO to issue forecasts and warnings to affected countries about forthcoming waves of locust swarms.  Such forecasts enable local officials to conduct aerial spraying to reduce the impact of desert locusts which can destroy grains, grasses and other greens that are life-sustaining foods for entire regions.