You are here: Home / Podcast / The Hunt For Marine Plastic | Earth Wise 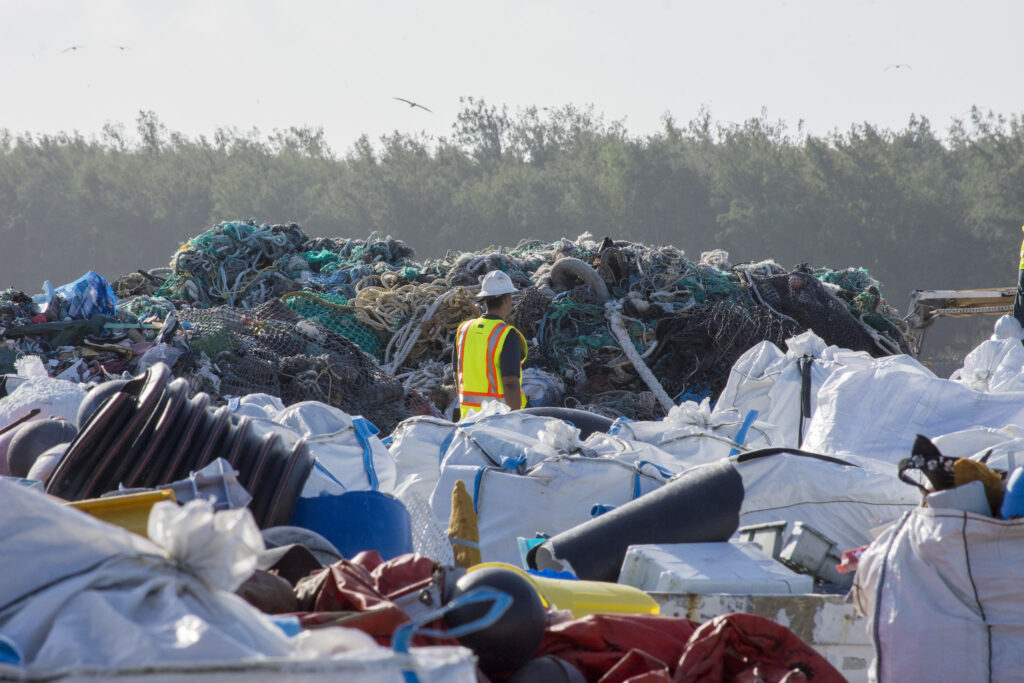 Estimates are that about 10 million tons of plastic enter the ocean every year.  This is equivalent to a truckload of plastic being dumped into the sea every minute and the stuff is not easy to keep track of.  Some of it ends up in the  infamous ocean garbage patches.  But overall, researchers only know what happens to about 1% of it.

The European Space Agency has decided to find out whether it might be possible to detect and track floating plastic in the oceans using satellite monitoring.  Researchers have a variety of ideas about how best to do this and now the agency is testing some of those ideas.

The ESA maintains something called the Atlantic Basin Facility which is a 7000 square-foot tank equipped to simulate various types of waves and tidal currents.  It is the largest facility of its kind in the world.

Initial results look promising in that under some circumstances teams received useable signals.  It will take further analysis to determine the ultimate utility of space-based monitoring of plastic entering the ocean.  Marine litter is a large and growing problem.  Figuring out where it all is and where it is going is a necessary part of any solution.