You are here: Home / Podcast / Saharan Dust And The Amazon | Earth Wise 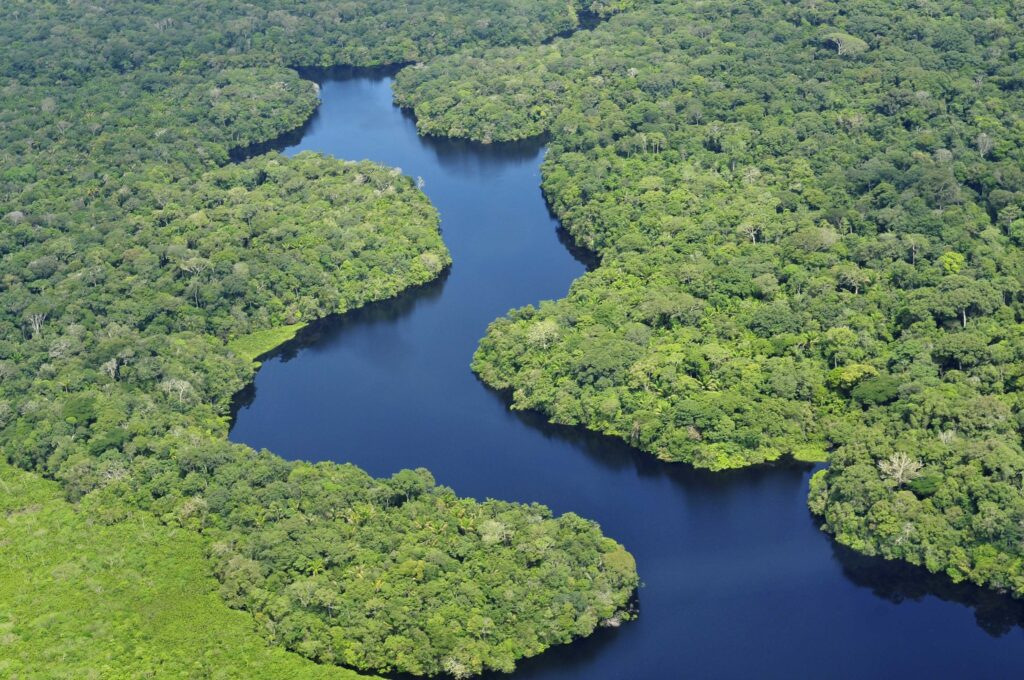 We talk about globalization primarily in the context of how human activities connect up distant parts of the world.  But there are natural processes that are global in scope as well.  One of these is the transportation of mineral-rich dust from the Sahara Desert in North Africa to the Amazon Basin in South America.

Every year, this dust is lifted into the atmosphere by winds and carried on a 5,000-mile journey across the North Atlantic.  It turns out that this dust plays a critical role in the Amazon basin ecosystem.  The Amazon Basin in turn plays a major role in global climate.  Its trees and plants remove huge quantities of carbon dioxide from the atmosphere and stores the carbon in vegetation.

The transcontinental journey of dust is important because of what is in the dust.  The dust picked up from ancient lake beds in Chad comes from rock minerals formed by dead microorganisms and is loaded with phosphorus.  Phosphorus is an essential nutrient for plant growth and is in short supply in Amazonian soils.  Local nutrients like phosphorus in the Amazon mostly come from fallen, decomposing leaves and organic matter but tend to be washed away by rainfall into streams and rivers.

Studies have shown that the phosphorus that reaches Amazon soils from Saharan dust is essential to replace the amounts lost to rain and flooding.

Recent research has found that the quantities of dust transported to South America are inversely linked to rainfall in North Africa and is likely to be affected by climate change.  Changes in dust transport could affect plant growth in the Amazon and the amount of CO2 removed from the atmosphere.  The forces that affect the climate are truly global in nature.