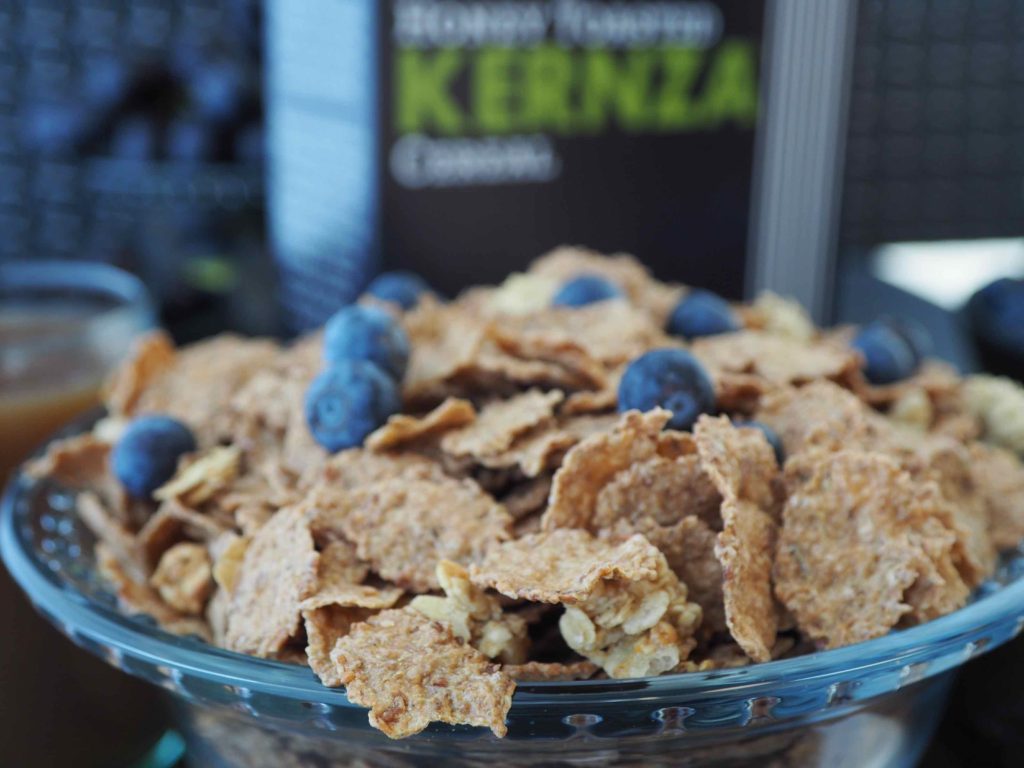 Modern agriculture has steadily destroyed native grasslands, among other ecosystems.  In fact, farming is one of the most ecologically destructive things that humans do.  But we do have to eat.  In response, there is a growing movement for agrarian reform, from grain farming on the prairie, to agroforestry, to raising livestock more sustainably.  Efforts are accelerating to develop a kinder, gentler agriculture adapted to a changing world.

One such effort has come from the Land Institute, an organization in Kansas that works on natural systems agriculture, which seeks to retain the ecological stability of the prairie with its perennial seed plants along with a grain and seed yield comparable to that from annual crops.

After four decades of effort, the institute has introduced its first commercial grain, a trademarked variety called Kernza.  Kernza is a domesticated perennial wild grass – a so-called intermediate wheatgrass – that has a long, slender head that resembles wheat seeds.  People describe its taste as sweet and nutty.   Kernza is already being made into a cereal called Honey Toasted Kernza by Cascadian Farms.  Patagonia Provisions – a spin-off from the clothing company – is making beer from the new grain.

Although Kernza is already being grown and sold commercially, it is not yet ready for prime time.  Last year, there were only about 1,000 acres in cultivation and the yield is only a third to a tenth of the yield of wheat.

Developing a sustainable perennial polyculture of edible plants would have major benefits such as not having to plow every year, plants developing large root systems that can reach water far beneath the surface and, without annual plowing, having soil carbon remain in the ground.

With New Perennial Grain, a Step Forward for Eco-Friendly Agriculture