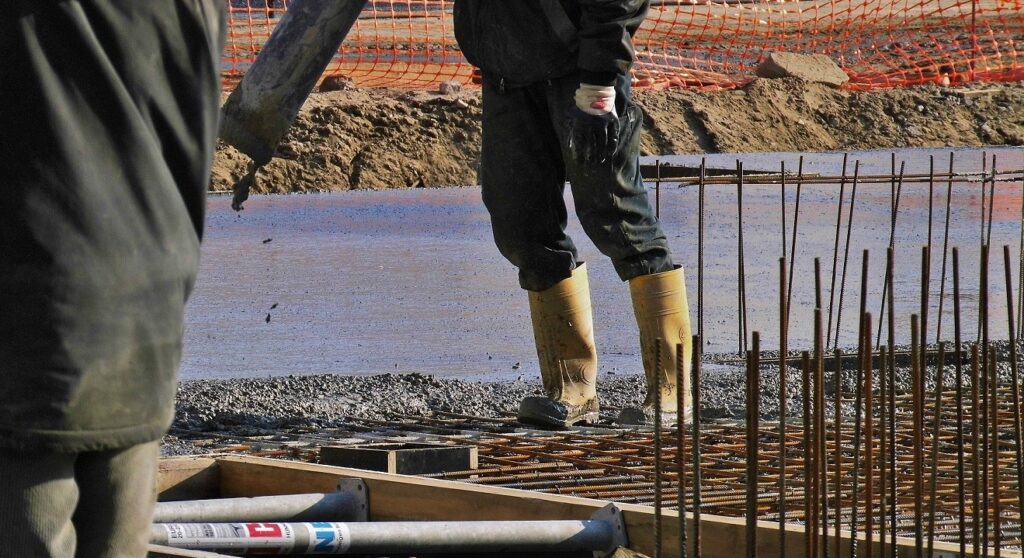 Coal burning is still one of the primary means of generating electricity in the United States, but its use is diminishing and doing so fairly rapidly.  The coal burning process produces residual, incombustible materials.  One of them is fly ash, which is composed of fine, glassy, rounded particles rich in silicon, aluminum, calcium, and iron oxides.  Fly ash is captured from coal plant flue gas by precipitators and bag filters. It turns out that two-thirds of this fly ash is not dumped into landfills or impoundments, but rather is put to use.

Because of its chemical and physical characteristics, fly ash can substitute for a portion of portland cement in concrete.  Using this byproduct material in making cement actually reduces its cost. Beyond cost, the addition of fly ash as a so-called supplementary cementitious material or SCM improves concrete’s long-term strength and reduces porosity and permeability.  It reduces the risk of thermal cracking and provides good long-term mechanical properties.

Therefore, the concrete industry is looking for alternative sources of SCM.  The most obvious is the approximately 1/3 of fly ash that hasn’t been used to make concrete.  Much of that is landfilled or ponded onsite at power plants.  So, opportunities exist for excavating or dredging and recovering these materials.

As coal burning goes away, concrete manufacturing needs to make some changes.

What Does the Changing Face of Electricity Production Mean for Concrete?