You are here: Home / Podcast / Capturing CO2 From The Air 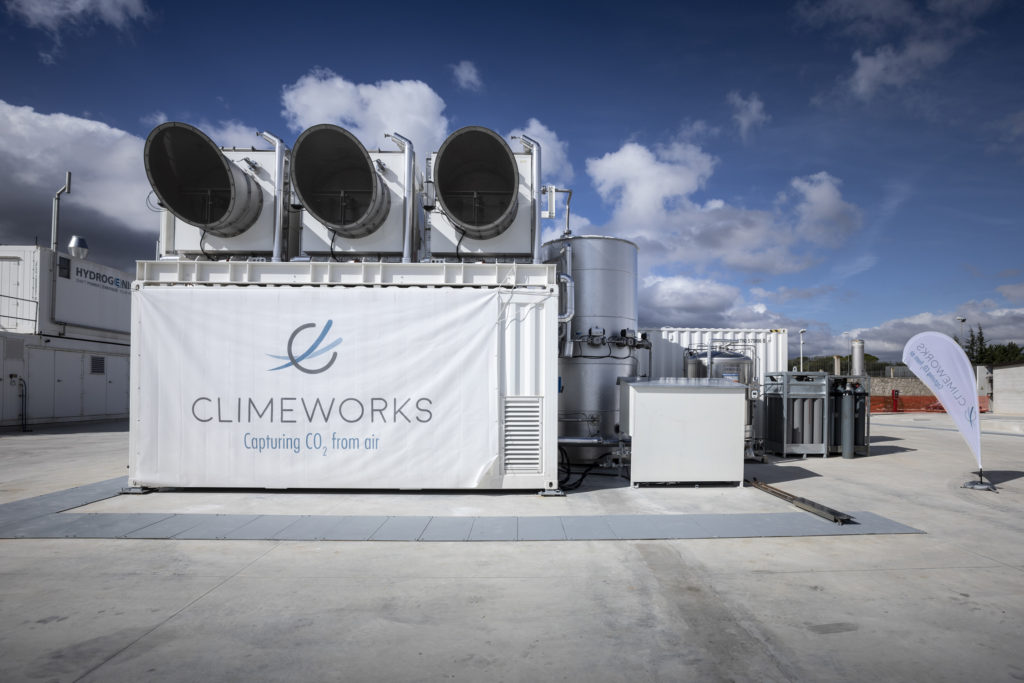 It is increasingly clear that the rate at which carbon dioxide emissions are being reduced is not sufficient to prevent dire consequences of climate change.  It appears that it will be necessary to try to actually remove carbon dioxide from the air.  Such actions are termed “negative emissions.”

Trees and other vegetation are natural sources of negative emissions.  But there simply aren’t enough trees to suck all the carbon dioxide we are spewing out of the air.  As a result, there is a need for technological solutions.

A leading approach for direct air capture (or DAC) is to use a fan to pass air over a surface containing a chemical agent that only reacts with carbon dioxide, and then to expose the newly formed compound to heat.   The heat energy breaks the bond, reversing the reaction to release the carbon dioxide, which can then either be stored or put to some use.

A Swiss startup company, Climeworks, has now opened its third DAC plant in the world.  The first one, launched in May 2017 in Zurich, can capture 900 metric tons annually.

The new plant, in Troia, Italy, will capture 150 metric tons of carbon dioxide, which will be converted to methane and used to power trucks running on so-called green gas.  The process requires hydrogen, which is produced by splitting water using electricity generated by solar panels.  The process also releases heat, which the plant utilizes to boost its overall efficiency.

At the moment, DAC is an expensive process.  For it to become practical and widely used, its cost must come down.  But we currently emit nearly 40 billion metric tons of carbon dioxide annually.  The need to do something about it grows greater all the time.

‘Capturing CO2 from the Air’ from Earth Wise is a production of WAMC Northeast Public Radio.