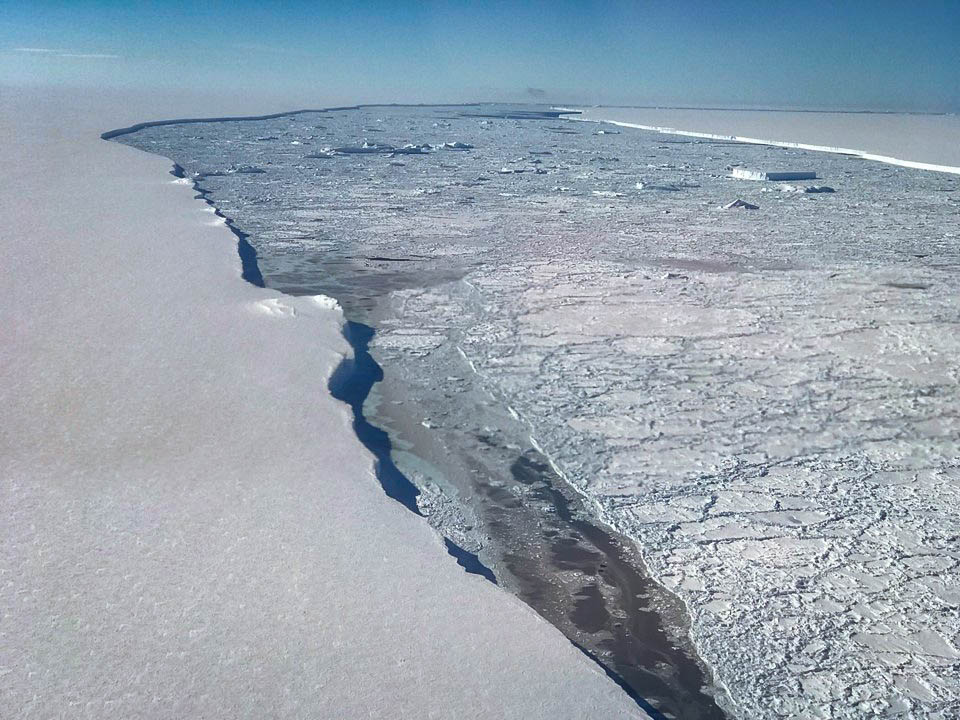 In Antarctica, a huge chunk of the Larsen B Ice Shelf collapsed suddenly and spectacularly in January.

The Larsen Ice Shelf is located on the northeastern side of the Antarctic Peninsula on the Weddell Sea.  It was formed over the course of more than 12,000 years.  The Weddell Sea used to be a completely frozen body of water.  The famous Ernest Shackleton expedition in 1915 was trapped in its ice.  But the Antarctic Peninsula has been steadily warming in recent decades.

The Larsen A Ice shelf collapsed in 1995 and the 1,250-square-mile Larsen B Ice Shelf collapsed in 2002.  After that event, a portion of the detached ice shelf refroze in 2011 and was attached to the Scar Inlet Ice Shelf.  The refrozen ice was called the Larsen B embayment.

In January, the embayment broke apart, taking with it a portion of the Scar Inlet Ice Shelf.  It disintegrated within a matter of days.  The combined Larsen Ice Shelves – called A, B, C, and D – once extended along a 1000-mile stretch of the eastern Antarctic Peninsula.  Since 1995, it has shrunk from 33,000 square miles to 26,000 square miles.

Now that the sea ice from the Larsen B embayment is gone, it is likely that there will be additional inland ice losses from the newly exposed glaciers.