You are here: Home / Podcast / Algae And The Greenland Ice Sheet 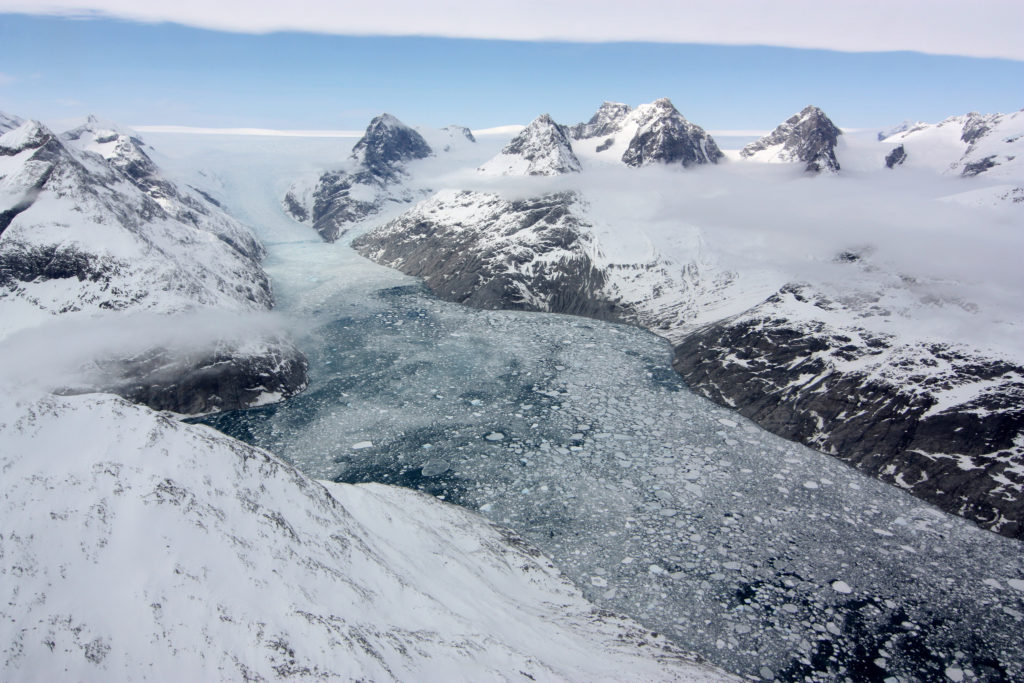 The Greenland Ice Sheet is the second largest ice body in the world, after the Antarctic ice sheet.  It is about 1,500 miles long, nearly 900 miles across at its widest point, and averages more than a mile in thickness.  It has experienced record melting in recent years and is a source of great concern as the climate continues to warm. The Greenland Ice Sheet is losing an estimated 270 billion tons of ice each year.   If the entire sheet were to melt, global sea levels would rise by 24 feet which, of course, would be a world-wide catastrophe.

Researchers from the Czech Republic and Denmark camped for 2 months on the ice sheet in the summer of 2014.  Using a variety of equipment, they calculated the amounts of algae on portions of the ice sheet and measured its albedo, or ability to reflect energy back into space.

They were surprised to discover that algae is a bigger contributor to increased heat absorption than dust and other materials.  This result is troubling because temperatures are rapidly warming in Greenland and the higher temperatures could increase algal growth in the future.  It is another example of an unfortunate feedback loop in the warming Arctic.

‘Algae and the Greenland Ice Sheet’ from Earth Wise is a production of WAMC Northeast Public Radio.