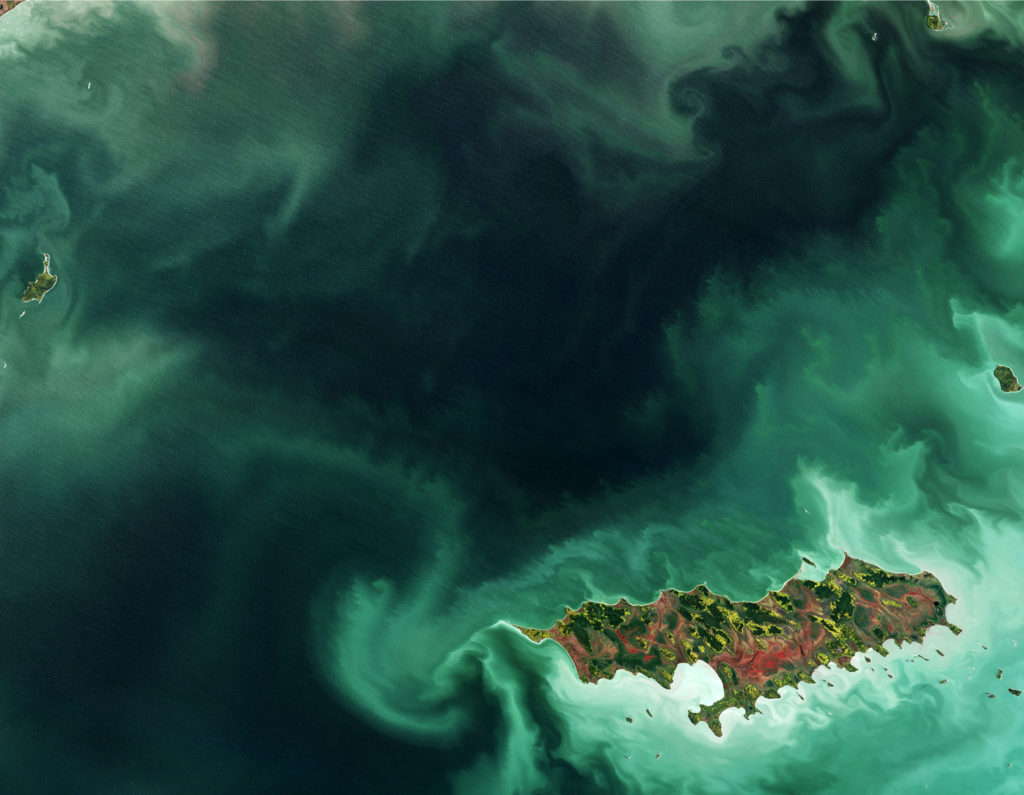 The last one is perhaps less well-known, but it is a crisis nonetheless.  In the past half-century, humans have increased the amount of nitrogen in the environment more than any other element.  Sewage, livestock waste, fossil-fuel burning, and especially the use of synthetic fertilizers have all contributed to a doubling of nitrogen flows.  Half of the world’s crops today are grown with the aid of nitrogen-based fertilizers.

The fallout from excess nitrogen is mounting.  In the United States, toxic algal blooms are occurring in lakes and rivers across the county, underground water reserves in California have been poisoned, and there are toxic “red tides” off the shores of Florida.

The Gulf of Mexico now has a regular “dead zone” where excess nitrogen has stimulated so much aquatic plant growth that its eventual rotting consumes all the available oxygen and suffocates nearly all other marine life.  The zone is a result of nitrogen pouring down the Mississippi River from Midwestern grain fields.  Last year, the Gulf dead zone extended over 8,800 square miles.  And there are more than such 400 dead zones in the world’s oceans.

Less than half of the nitrogen poured into fields is incorporated into crops.  The rest is washing from the fields into rivers.

An international meeting held at New York University in January is one of the first occasions in which this looming crisis has been illuminated in detail.  The time for action is now.

Can the World Find Solutions to the Nitrogen Pollution Crisis?

‘Nitrogen Pollution’ from Earth Wise is a production of WAMC Northeast Public Radio.