You are here: Home / Air and Water / Could Coral Reefs Be Wiped Out? 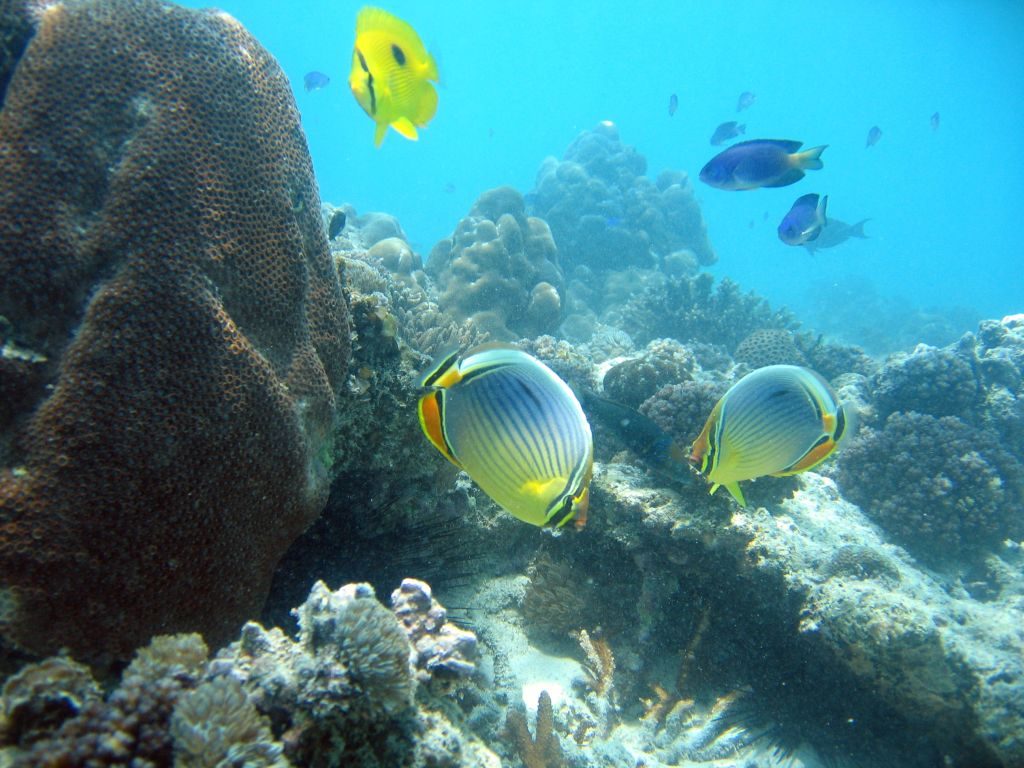 The decline of coral has been well documented, but only reef-by-reef.  This new study examined the vulnerability of the entire planet’s reef systems.  And the results are ugly.   According to the report, at least 25 of the 29 World Heritage reef areas will experience twice-per-decade severe bleaching events by 2040—a frequency that will “rapidly kill most corals present and prevent successful reproduction necessary for recovery of corals.”  In some areas, this is already happening.  And by 2100, researchers expect most reef systems to die.

Coral reefs, often referred to as the rainforests of the sea, occupy less than 1% of the ocean floor.  Yet one million species call coral reefs home, including 25% of the world’s fish.  Coral reefs also help protect coastlines from erosion and serve as a barrier to sea level rise.

Some people are already feeling the consequences of coral reef decline.  On low-lying islands in the South Pacific, saltwater has inundated freshwater resources as higher tides and crumbling reefs have lead to more storm surges.  The loss of coral combined with global overfishing will result in fewer fish, leading to local food shortages.

In the past three years alone, 25 reefs experienced severe coral bleaching events in what is regarded as the worst-ever sequence of bleachings to date.  It seems clear that coral reefs, such as the Great Barrier Reef and the Seychelles, will die of heat stress unless we can find a way to cool the oceans’ waters.

Coral Reefs Could Be Gone in 30 Years