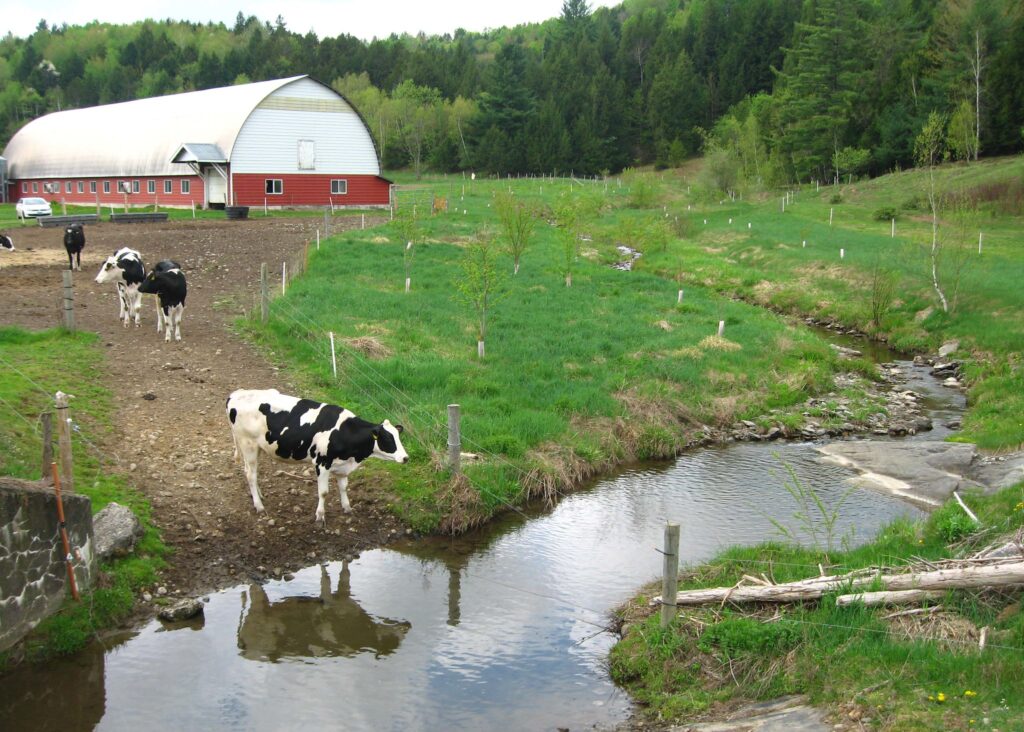 More than 100,000 miles of U.S. rivers and streams are polluted by nitrogen and phosphorus, mostly from agricultural runoff.  In the past, forests grew naturally alongside these waterways and helped stabilize stream banks and decrease flooding while trapping and filtering pollutants.  But most of these forests have been cut down to make way for towns, cities, livestock, and crops.

Farmers are reluctant to retire valuable farmland with non-productive buffer planting.  But in Pennsylvania, there is an innovative program that encourages farmers to plant cash crops in waterway buffer zones that can help stabilize stream banks and clean up the waterways.  These plantings are called working buffers.

Strips of streamside land are replanted with native floodplain trees and shrubs.  These are known as riparian forest buffers.  Pennsylvania has instituted a grant program under which farmers and landowners plant these buffers and turn a profit.

Many of these buffers have three zones.  A conventional forest buffer that can be just 15 feet wide is composed of native woodland and stabilizes the bank with tree roots and enhances wildlife habitat.  A second zone, some 20 feet wide, is planted with trees and shrubs that can tolerate periodic flooding.  Apart from slowing floodwater and taking up nutrients, this zone can provide profits by planting trees like black walnut, hazelnut, persimmon, and elderberry.  Only hand harvesting is allowed.  A third zone, adjacent to conventional crop, can contain blueberries, raspberries, and decorative woody florals.

How many farmers can be enticed to create these riparian buffers remains to be seen, but they do represent a way to help farmers to reduce pollution and turn a profit along the way.