You are here: Home / Podcast / Wildfires And The Climate | Earth Wise 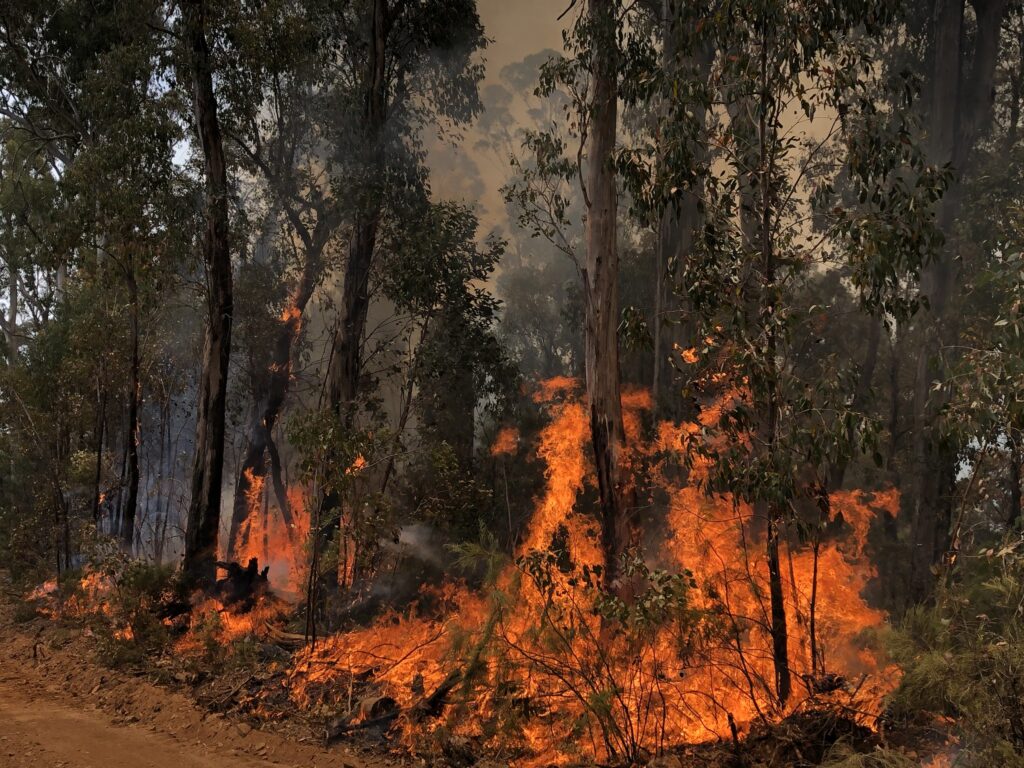 Scientists from the National Center for Atmospheric Research recently published a study analyzing the events that influenced the world’s climate in 2020.  Among these were the pandemic-related lockdowns that reduced emissions and resulted in clearer air in many of the world’s cities.

While this was a significant event, the study found that something entirely different had a more immediate effect on global climate:  the enormous bushfires that burned in Australia from late 2019 to 2020, producing plumes of smoke that reached the stratosphere and circled much of the southern hemisphere.

Those fires sprung up in September 2019 and lasted until March 2020.  The fires burned more than 46 million acres (about 72,000 square miles), which is roughly the same area as the entire country of Syria.  Thousands of homes and other buildings were lost.

Major fires inject so many sulfates and other particles into the atmosphere that they can disrupt the climate system, push tropical thunderstorms northward from the equator, and potentially influence the periodic warming and cooling of tropical Pacific Ocean waters known as El Nino and La Nina.

According to the study, the COVID-19 lockdowns actually had a slight warming influence on global climate, as a result of clearer skies enabling more heat to reach the earth’s surface.  In contrast, the Australian bushfires cooled the Southern Hemisphere because the atmospheric particles reflected some of the incoming solar radiation back to space.

This summer, there have been raging wildfires in the western US and Canada, which have affected air quality in many parts of the nation and have been a serious health hazard.  Undoubtedly, these fires are influencing the climate system as well in ways that we are still trying to understand.

Bushfires, not pandemic lockdowns, had biggest impact on global climate in 2020