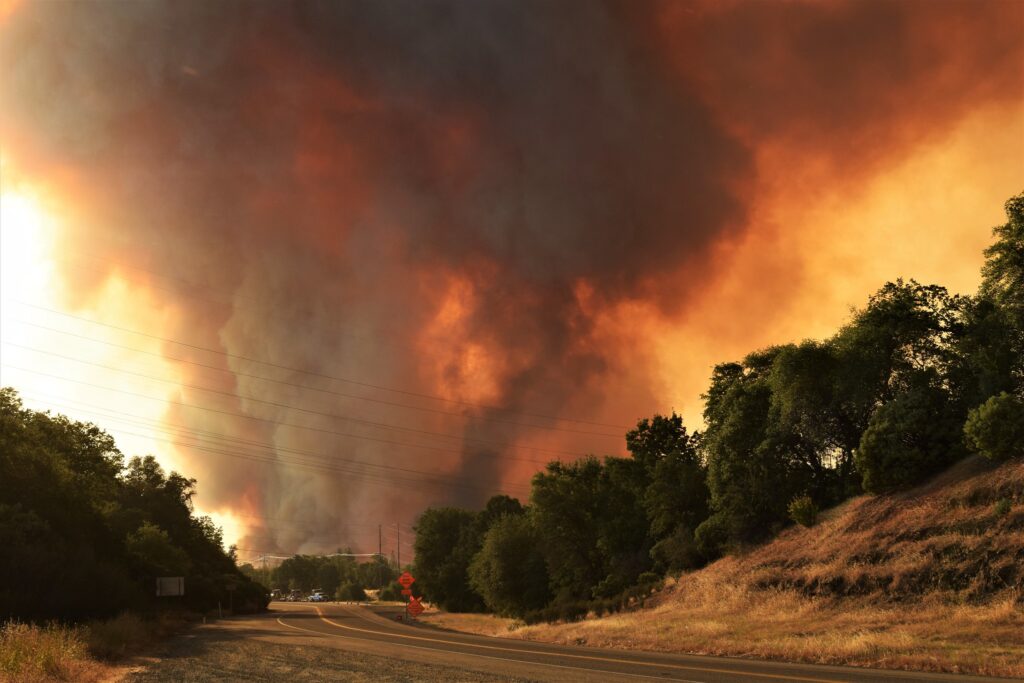 Thousands of contaminated sites exist nationally due to hazardous waste being dumped, left out in the open, or otherwise improperly managed. These sites include manufacturing facilities, processing plants, landfills, and mining sites.  A Congressional act in 1980 established authority by the EPA to ultimately clean up these “Superfund” sites.

According to a government survey last year, 945 Superfund sites are vulnerable to hurricanes, flooding, sea level rise, increased precipitation, or wildfires, all of which are intensifying as the climate warms.   In particular, there are 245 sites vulnerable to wildfires and 68 of them have recently seen wildfires approach.

A comprehensive investigation by Inside Climate News, NBC News, and the Texas Observer has found that the threat presented by wildfires is exceeding authorities’ ability to adequately prepare and respond.  Fires at Superfund sites could release toxins ranging from acid mine drainage to radioactive smoke.

There have already been a number of close calls.  The 2013 Patch Springs Fire near Salt Lake City came within 10 miles of the Tooele Army Depot, a Superfund site with 902 ammunition bunkers along with soil and groundwater contaminated with hazardous chemicals.

The 2018 Carr Fire in Northern California over swept the Iron Mountain Mine Superfund site and threatened to release corrosive chemicals into the watershed.

For sites where no polluter can be made to pay and the EPA lacks cleanup funds, the agency will need to design protections that shield the sites from wildfires as long as the contamination remains.

Photo, posted July 26, 2018, courtesy of the Bureau of Land Management California via Flickr.