You are here: Home / Podcast / Wildfires And Algal Blooms 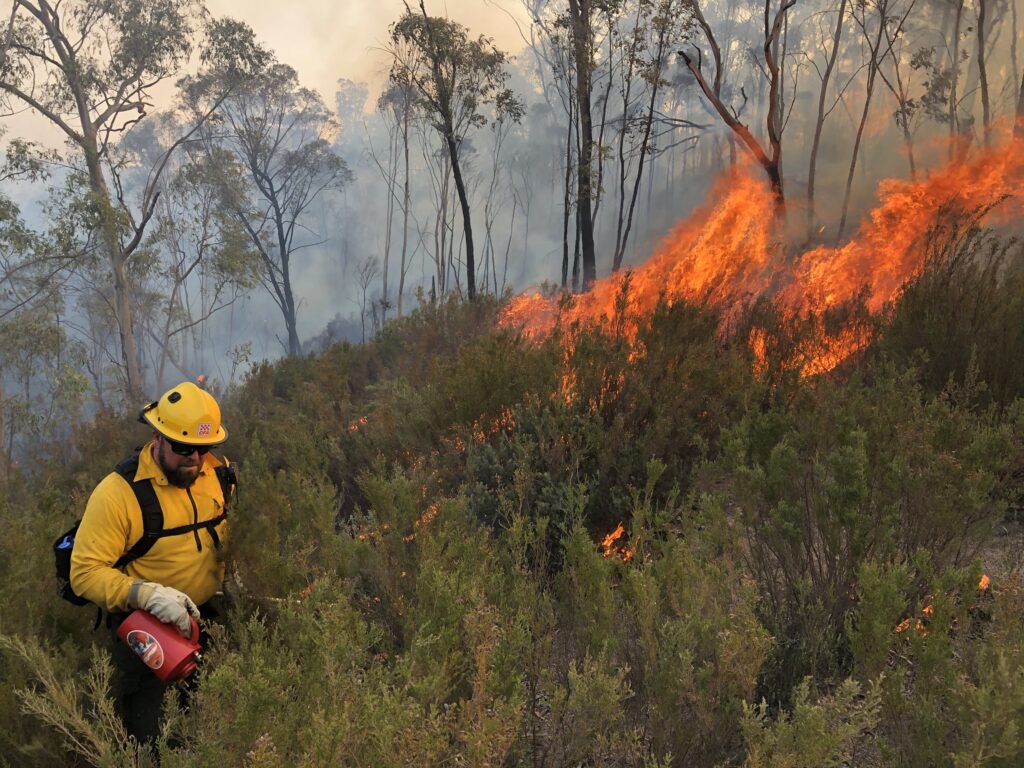 Australia is no stranger to wildfires. But the 2019-2020 season proved to be particularly severe: wildfires destroyed 3,100 homes, displaced 65,000 people, and burned more than 72,000 square miles – roughly the same size as Washington State. The season is colloquially referred to as the Black Summer.

According to a new study recently published in the journal Nature, clouds of smoke and ash from these wildfires triggered widespread algal blooms thousands of miles downwind to the east in the Southern Ocean.

The study, which was led by researchers from Duke University, shows that aerosol particles in the smoke and ash fertilized the water as they fell into it.  This provided the nutrients that fueled unprecedented blooms in that region, conclusively linking for the first time a large-scale response in marine life to fertilization by pyrogenic iron aerosols from a wildfire.

This finding raises questions about the role wildfires may play in the growth of phytoplankton, the microscopic marine algae that – through photosynthesis – absorbs large amounts of climate-warming carbon dioxide from Earth’s atmosphere.

According to the research team, the Australian algal blooms were so extensive that the subsequent increase in photosynthesis may have temporarily offset a substantial portion of the wildfires’ CO2 emissions.  It remains to be seen how much of the absorbed CO2 remains safely stored in the ocean and how much it has been released back into the atmosphere.

The researchers plan to investigate the fate of the phytoplankton further.  They also plan more research to better predict where and when aerosol deposition will boost phytoplankton growth in the future.