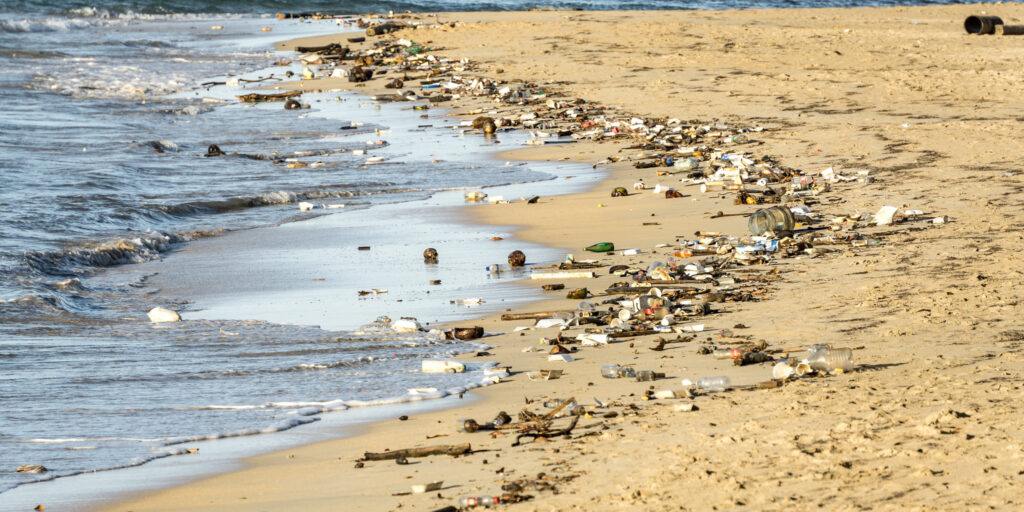 Plastic pollution in the oceans is a major problem.  An estimated 8 million tons of plastic trash enters the ocean every year.  Most of it is broken up by sun and waves into microplastics, which are tiny bits that ride currents for hundreds or thousands of miles.  All of this debris is harmful to marine ecosystems, and it is both challenging to track and very difficult to clean up.

University of Michigan researchers have developed a new technique for spotting and tracking ocean microplastics across the globe.  The approach relies on the Cyclone Global Navigation Satellite System, or CYGNSS, which is a constellation of eight microsatellites launched in 2016 to monitor weather near large storm systems.  It turns out that the radar systems on CYGNSS that measure surface roughness to calculate the wind speed near the eyes of hurricanes can also be used to detect the presence of microplastics.

The information provided by the new technique could help organizations that clean up microplastics to deploy ships and other resources more efficiently.  Data of single-point release of plastics, such as from rivers, may also be useful to UNESCO, which has sponsored a task force to find new ways to track the release of microplastics into the world’s waters.