You are here: Home / Podcast / Too Many Bison | Earth Wise 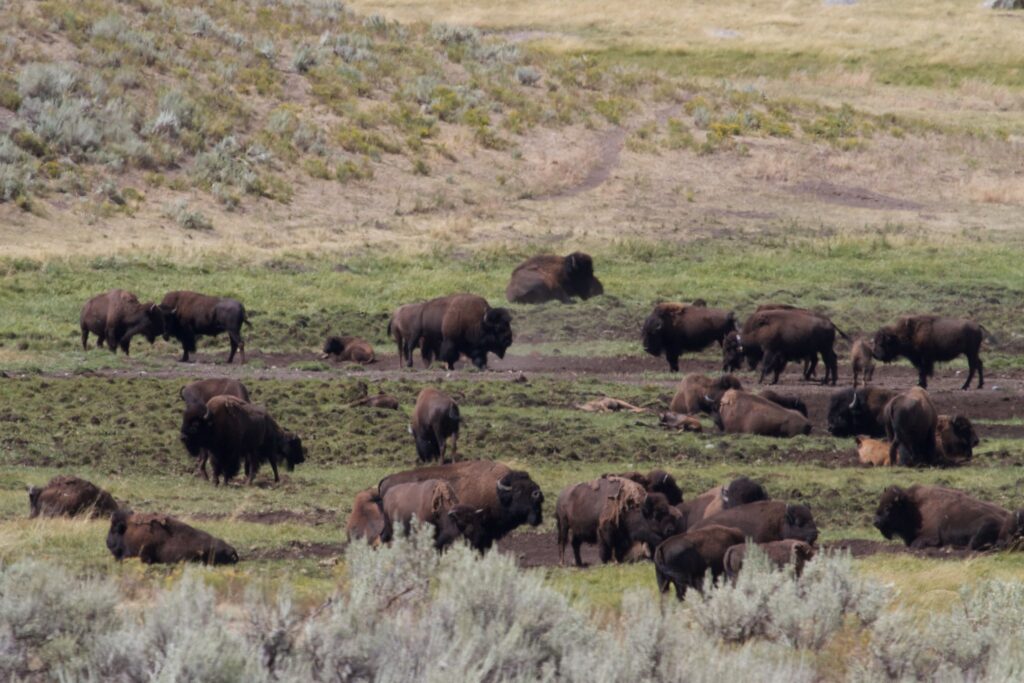 The population of large herbivores in Yellowstone National Park has undergone many dramatic changes over the course of time.  The numbers of both the iconic Rocky Mountain elk and bison have gone up and down as a result of human interactions.

Bison, of course, once were a dominant species from east of the Appalachians to west of the Rocky Mountains, with most of an estimated 30 million living on the Great Plains.  As the west was settled, bison populations plummeted and by the late 1800s, they were nearly extinct.

When Yellowstone was established, there were exactly 22 bison in the park.  By 1925, there were more than 750 in the park and culling of the herd in the park’s Lamar Valley was practiced for the next four decades.

The elimination of predators like grey wolves and cougars in the early 1900s caused both elk and bison populations to mushroom and both underwent culling.  When culling was ended in 1968, there were 4,000 elk and 100 bison.  Within 20 years, those numbers were 20,000 and 1,000.   Reintroducing wolves and cougars reduced the elk population to about 5,000, but bison numbers have continued to grow, now reaching about 4,000.

While the long-term recovery of the Yellowstone bison herd is a major conservation success story, the fact is that bison are powerful ecosystem engineers.  Large numbers of them disrupt species distribution across scrub steppe and grasslands because of what they eat, trample, and rub their horns and bodies on.  They have a tremendous capacity to limit the structure and composition of ecosystems.

Park administrators have complicated management decisions to make to take into account the often wide range of ecological effects that abundant large herbivores can have on ecosystems.