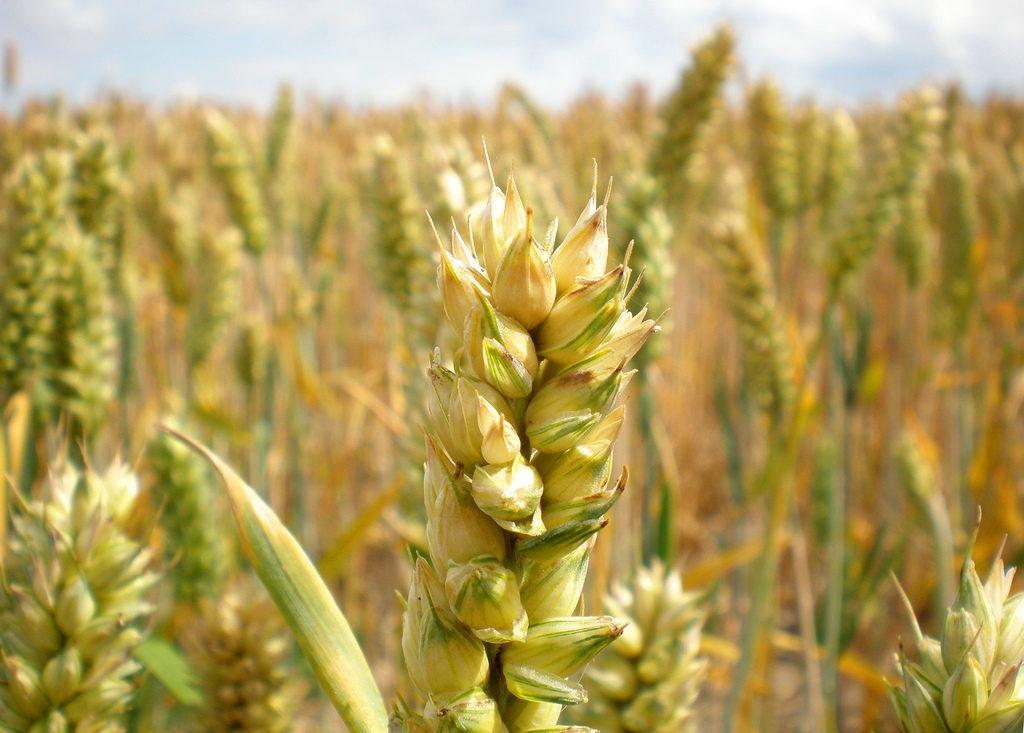 Rising temperatures, drought, pests and diseases are moving north into the U.S. heartland and are increasingly posing a threat to the wheat crop.  An insect called the Hessian fly is reducing crop yields by 10% a year in the Midwest.  Average temperatures in the Midwest have risen by 2 degrees since 2000, and periods of time between rainfalls is lengthening.  Conditions in some areas of the Midwest are getting to be more like those in the Middle East.

Faced with this situation, scientists are seeking sources of natural resistance in the heart of the Fertile Crescent, which is where domesticated agriculture began.

Until recently, there was an important seedbank in war-torn Syria, some 25 miles west of Aleppo.   It was the source of seeds for a variety of wild wheat-related grasses including Tausch’s goatgrass, which is common in Syria.

In a series of experiments conducted at Kansas State University, various commercial and wild wheat-related grasses were subjected to attack by Hessian flies.  Only the goatgrass could withstand the onslaught to any significant degree.

The wild grass is closely related to domesticated wheat, but the domestic plant has been bred for genes and traits that increase productivity.  During that process it lost qualities of resistance to diseases, pests and harsh weather.   Wild relatives are by definition hardier because they have survived without our pampering.

Some indigenous farmers have for millennia encouraged wild species to grow along the edges of their farms in order to encourage inter-breeding between the wild and domestic species and hopefully confer the strengths of the wild species upon the domestic ones.  This is a practice that has been long neglected in industrial-scale agriculture.  It may be time to take it up again.

How Seeds from War-Torn Syria Could Help Save American Wheat

‘Saving Wheat’ from Earth Wise is a production of WAMC Northeast Public Radio.