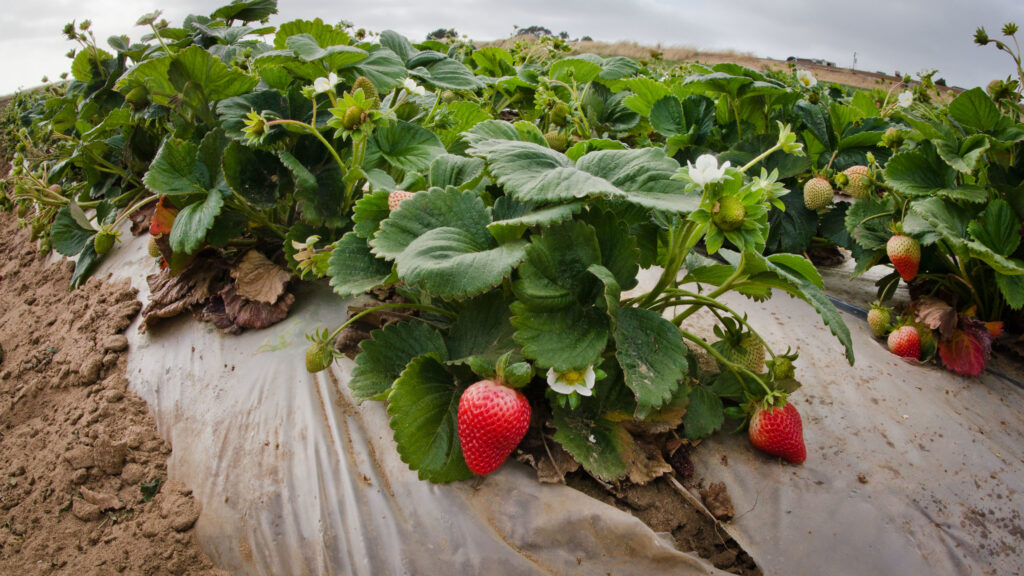 In this study, which was recently published in the journal Ecological Applications, the research team conducted surveys and experiments at 20 strawberry farms along California’s Central Coast.  This region is responsible for 43% of the nation’s strawberry production.

These findings run contradictory to current best practice recommendations that support natural habitat removal around strawberry farms in order to decrease bird fecal contamination and crop damage.  These food safety requirements were a consequence of the deadly outbreak of E. coli in 2006, which was traced back to spinach grown in this region.

It seems like our agricultural landscapes can both support and benefit from biodiversity.

Natural habitat around farms a win for strawberry growers, birds and consumers