You are here: Home / Podcast / Mealworms And Plastic | Earth Wise 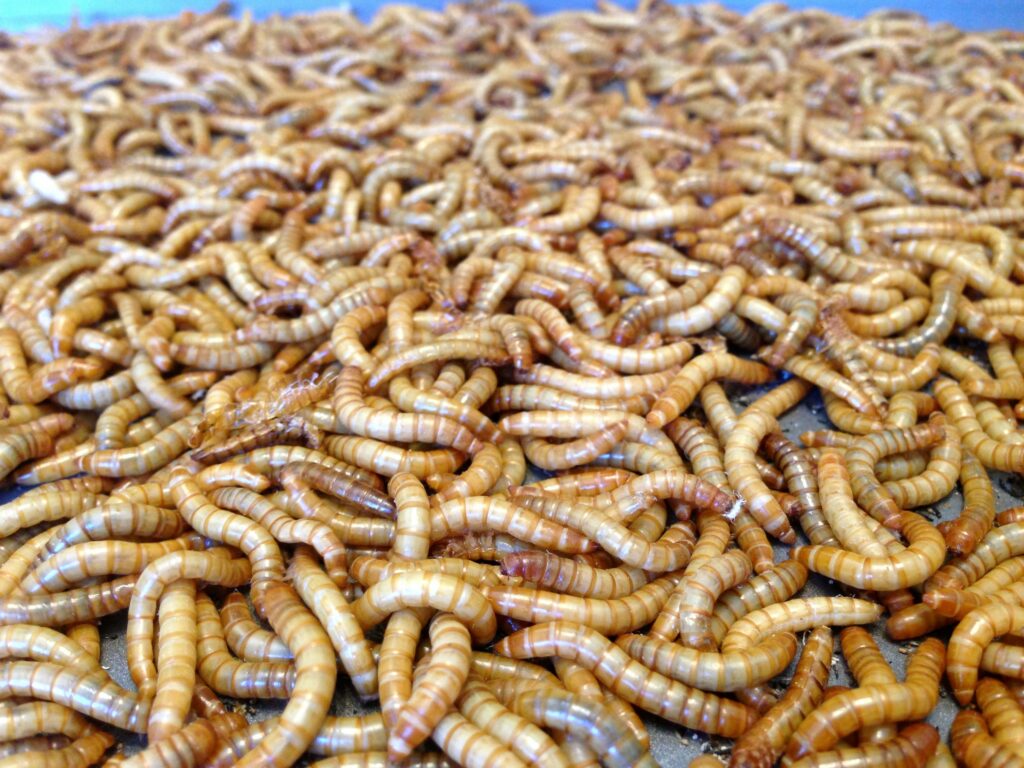 Mealworms are widely cultivated beetle larvae that people feed to pets and to wild birds.  But it turns out, they may have an even more valuable purpose:  they can eat plastic and even plastic containing dangerous chemical additives.

Four years ago, researchers at Stanford discovered that mealworms can actually subsist on a diet of various types of plastic.  They found that microorganisms in the worms’ guts actually biodegrade the plastic.  It might be possible to cultivate the worms using unrecyclable plastic, rather than feeding them grains and fruits.   However, there is the issue of whether it would be safe to feed the plastic-eating worms to other animals, given the possibility that harmful chemicals in plastic additives might accumulate in the worms over time.

Recently, the Stanford researchers studied what happens when the worms ingested Styrofoam or polystyrene.  The plastic commonly used for packaging and insulation typically contains a flame retardant called hexabromocyclododecane, or HBCD.  Studies have shown that HBCD can have significant health and environmental impacts, ranging from endocrine disruption to neurotoxicity.

According to the study, mealworms in the experiment excreted about half of the polystyrene they consumed as tiny, partially degraded fragments and the other half as carbon dioxide.  With it, they excreted the HBCD.  Mealworms fed a steady diet of HBCD-laden polystyrene were as healthy as those eating a normal diet.  And shrimp fed a steady diet of the HBCD-ingesting mealworms also had no ill effects.

It is true that the HBCD excreted by the worms still poses a hazard and must be dealt with in some manner, but mealworms may have a role to play in dealing with unrecyclable plastics like Styrofoam.